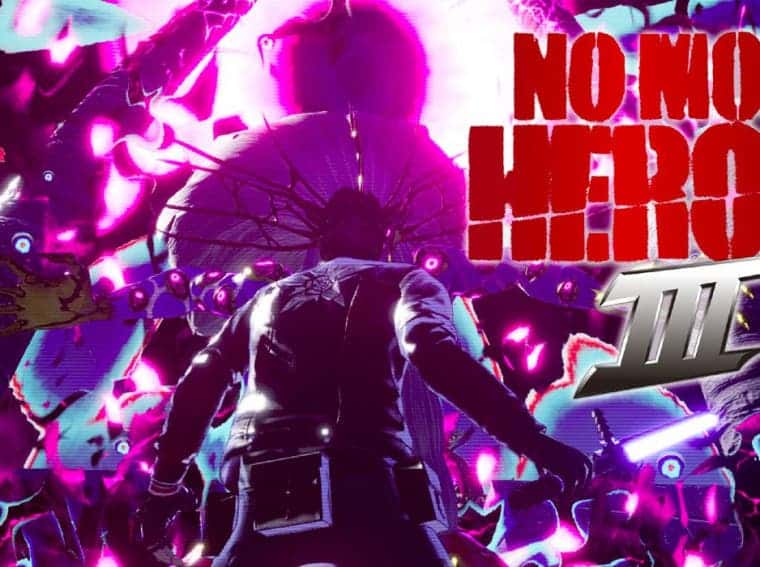 No More Heroes 1 & 2 gets physical release for Nintendo Switch, pre-orders begins next week

Grasshopper Manufacture is all set to bring the next iteration of its popular game series No More Heroes. The third installment is expected to release in the month of August on multiple platforms including Nintendo Switch. For those who’re unaware, the game was showcased initially back in E3 2019.

With the third installment right around the corner, the developers decided to bring the physical releases for the first two titles to the Switch console. Limited Run Games has now announced the release for the No More Heroes and No More Heroes 2: Desperate Struggle.

No More Heroes 1 & 2 gets a physical release on Switch!

The physical edition of No More Heroes 1 & 2 is now announced. The pre-orders, on the other hand, will kickstart next week, on March 12th. The pre-order will remain live till April 11. Both the games will be up for grabs for a price tag of $34.99 each. Apart from just the regular physical edition, the company has also announced a collector edition that will bring some extra goodies.

Here’s what the collector’s edition of No More Heroes 1 and 2 contains in the box. 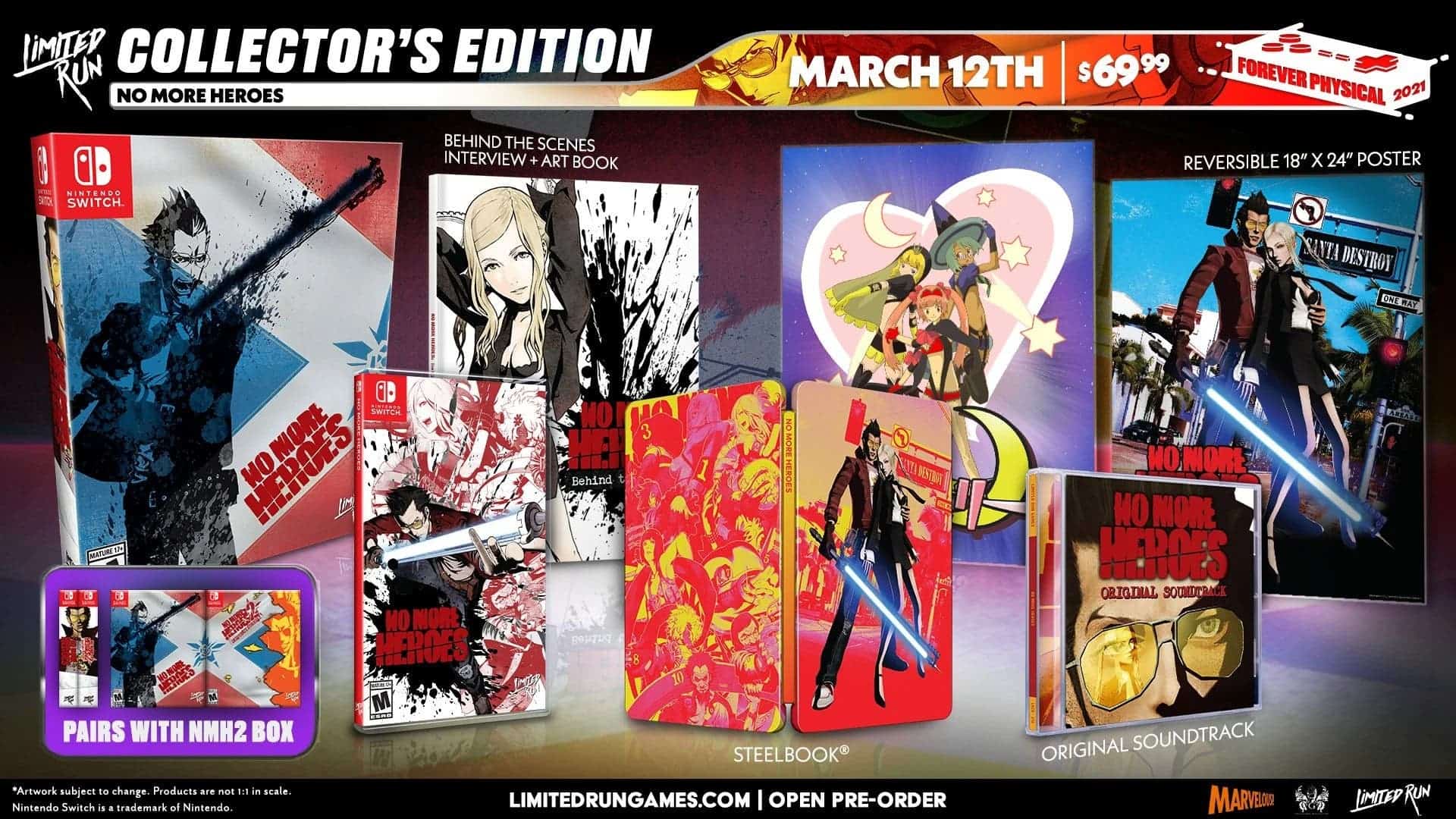 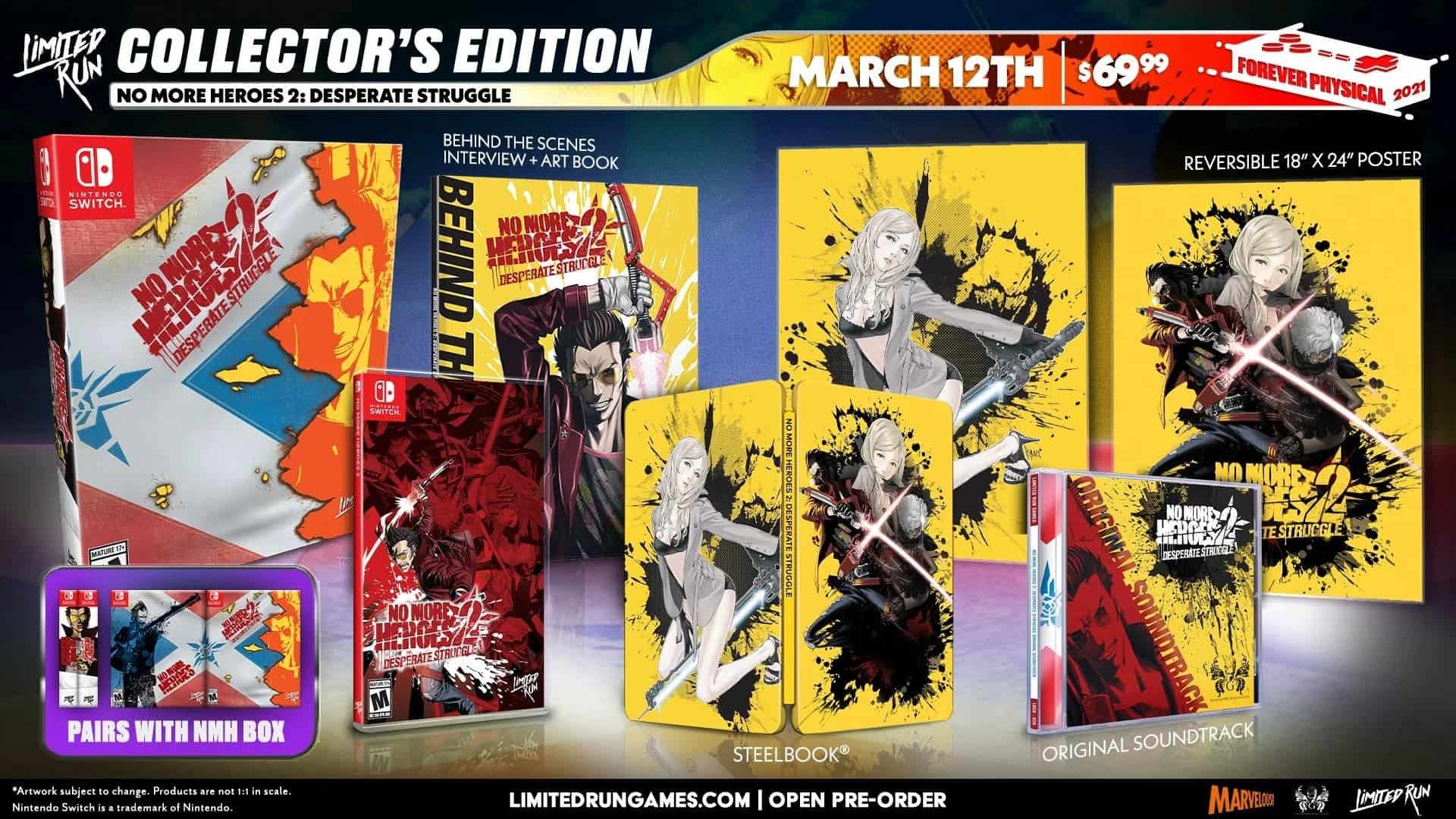 Since Limited Run Games now marks its 100th physical game for Switch, the company is also selling limited edition tee designs. Of course, you can also pre-order them from the company’s website.

Read Also  Earthblade for Switch is a 2D explorer-action title set in a world of pixel art!