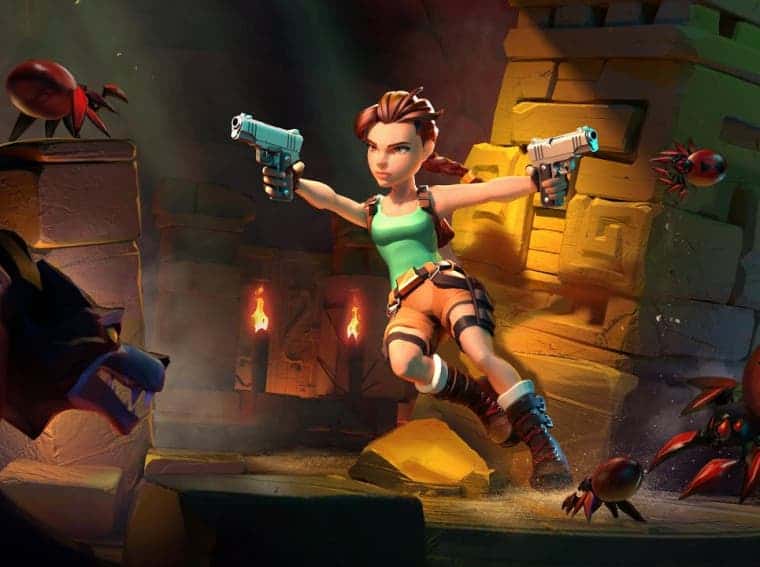 In my previous article, I wrote that 2021 will bring a lot of ports to smartphones. Well, today we are talking about Tomb Raider. It is not a port game yet an all-new game designed for smartphones. Tomb Raider is a very popular franchise in the gaming world and finally, we are getting a new game for smartphones. The developers have soft-launched Tomb Raider Reloaded. The game is available in selected countries, for now, let’s check out what this game is going to be all about. First of all, the developers behind the game are Emerald City Games together with Square Enix. It was announced last year that this game will come to smartphones. The difference between this game and the current games releasing on other platforms is that Lara Croft will be seen with her iconic character look. While in other recent games the character look has evolved and looks modern.

What do we expect from the game? Well, according to the game’s description it is an arcade adventure like no other.. “From underground tombs and caves to familiar waterfalls, traverse and backflip through epic environments in unique adventurous experiences. “Use your smarts to carefully dodge hazards and traps in each room, solving puzzles to gain access to menacing bosses (is that a T-Rex I hear…?). Learn new skills, gain mystical powers, equip gear, and level up to become the ultimate Tomb Raider!” says the game description. You already know all this stuff if you are familiar with the franchise but it could have been better. Smartphones are becoming more powerful, it would have been better if they made it a pure action-adventure game rather than mixing it with an arcade. In my opinion, bringing an older Tomb Raider game to mobile would have been better.

Read Also  Backworlds, Dimensional Platformer, reaches the Switch in May

Anyways, the game is soft-launched and is available in Thailand and the Philippines only. Tomb Raider Reloaded will come out to other regions eventually. If you live in the above 2 countries, then you can download the game on Google Play Store and Apple App Store.