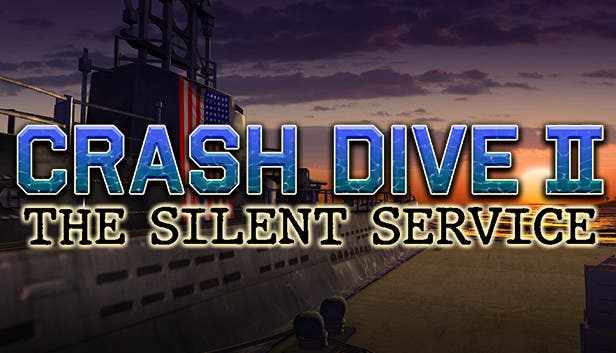 Crash Dive 2 is a tactical submarine combat game for Android & iOS. In this game, you will play as the head of a Gato-class submarine. There is a lot of content in the game. You will battle against your enemies, but at the same time, you have to take care of your submarine. You can upgrade your submarine, manage your crew, and more. Let’s have a look at Crash Dive 2 below. There are two types of gameplay you can choose from. Either you can play it aggressively and go all-in. Or you can take your time and be more stealthy. This makes it a simulation game as well. It is not just about combat and action, but also gives you a complete experience of handling your own submarine in a war. The developers want the game to be as realistic as possible hence there are day and night modes. Not only that, there are different weathers. Different weather conditions affect your visibility as well as your weapons.

It is your duty to manage your crew as well. However, if it’s something that you do not like, then you can leave it to the game. The game is versatile thanks to its different maps including the Solomon Islands, the Philippines, and parts of Japan. One of the best things about this game is the moddable files. If you are someone who likes modding, then this game is definitely for you. Few games allow you to mod, especially on smartphones. For now, the game looks promising. Keep in mind, this is a premium title priced at $9.99. You can download it on Google Play Store and Apple App Store. There are only 2 reviews on Play Store with 5 stars, so it’s hard to judge if the game is worth it or not. But it’s a fact that it is different from other titles and provides a great combat simulation experience. Let us know your opinions in the comments section below.