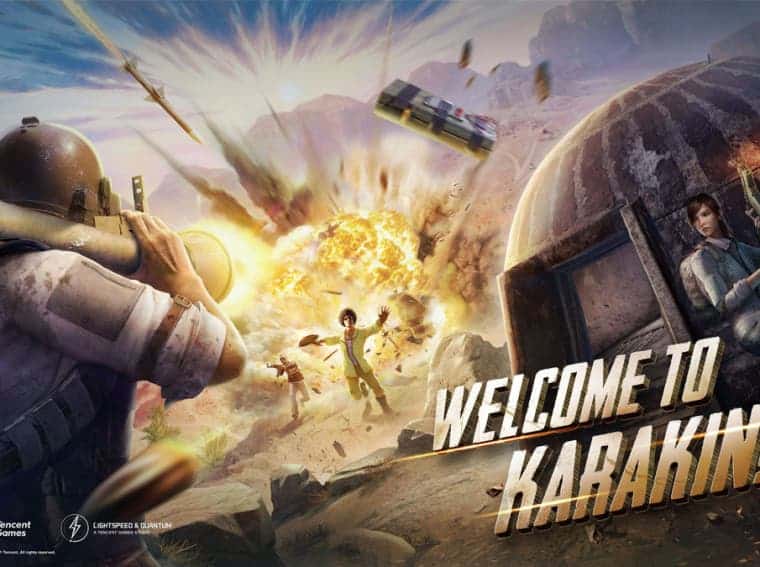 Even after the announcement of PUBG Mobile: New State, the developers have not stopped giving additional features for the classic PUBG Mobile. The game has received a new map. Maps in PUBG Mobile play a major role. Sometimes we get bored playing on the same old map, and hence a new map gives us a fresh look. There are different strategies for different maps, making players stick to the game longer. The new map is called Karakin, which was speculated for a long time now. However, since it is now official, we can have a closer look. In Erangel, there are 100 players however there are 67 players in Karakin. The map will be familiar to many of us as it is using Sanhok and Miramar’s elements. There are a lot of similar places, and it looks like the developers have merged the previous maps to make this one. The size of the map is 2km × 2km and mostly you will see deserts. There is a dry climate on the map, and most of it is open area. Hence, this map will be liked by rushers, as there will be little to no grass to hide. Although, players can take cover behind the rocks.

Since there are a lot of open places on the map, long-range rifles will be used the most. In this map, there is a new Demolition Zone which will be purple and it can burn the buildings into ashes. There is a new firearm called Panzerfaust, and a new throwable item called The Sticky Bomb. I like The Sticky Bomb as you can break the walls of a building easily. These two things will make the map special, it will force players to use new strategies. The new update is now available on Google Play Store and Apple App Store. Let us know your opinions on the new map in the comments section below. For now, I think Karakin is a wonderful addition although you cannot play Vikendi map for some time. However, you can still host a room in Vikendi.