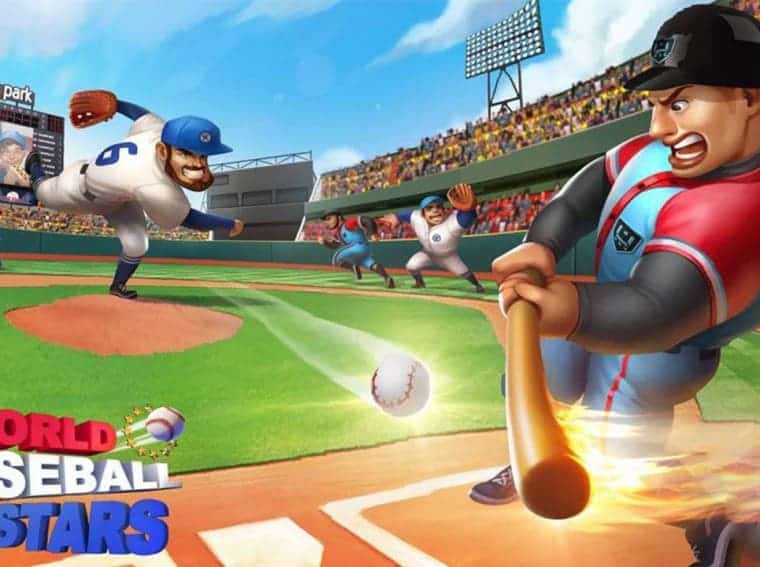 A new game has arrived on Android & iOS for Baseball lovers. World Baseball Stars comes from FourThirtyThree Inc. Studio, they have launched several other games in the past like Monster Super League and Boxing Star. Now, the studio has launched another sports game. World Baseball Stars not only bring a good baseball experience but also comes with different modes to keep you entertained for a long time. Let’s have a look at the game below. A lot of players get disappointed if a sports game has poor physics. However, World Baseball Stars promises a realistic baseball experience. According to the game’s description, an excellent shot does not require batting with more power, but precision counts too. This demonstrates that this game is not just hitting the ball with more power, but it makes the experience more realistic by adding precision and timing. Your game highly depends on your team as well; you will need to strategize a lot for a perfect team.

The game comes with over 50 unique players, each with its own backstory, talents, and skills. Unlock each player as you progress in the game. There are multiple modes in the game, including normal mode and multiplayer mode. If you want to play a quick game, then you can go for the normal mode. Else, the multiplayer mode offers you a complete baseball match experience. The real-time PvP allows you to play with other players worldwide. Currently, the game has a rating of 3.6 stars which is not the best. But considering the game is just released; the rating is not that bad. I hope the developers fix bugs and glitches so that the players can enjoy the game seamlessly. You can download World Baseball Stars on Google Play Store and Apple App Store. Let us know your opinions on the game in the comments section below.