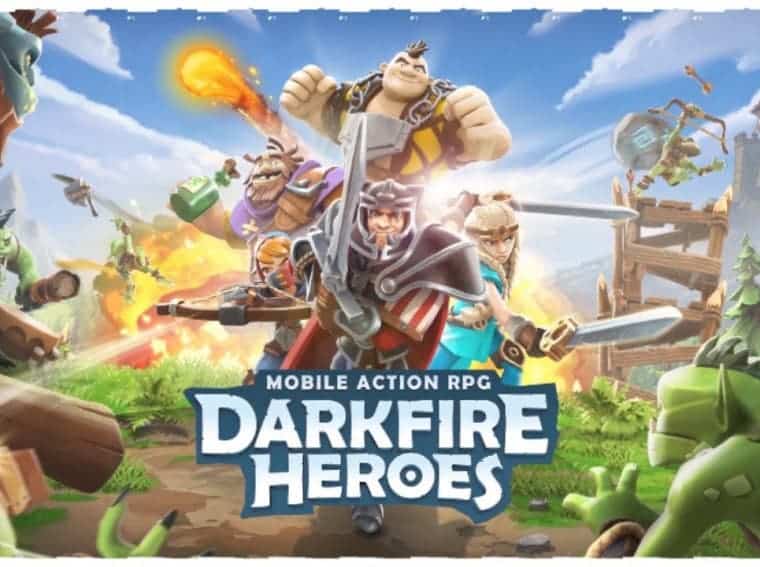 Darkfire Heroes is a new RPG game from Rovio

Rovio Studios has unveiled their brand new game called Darkfire Heroes. Rovio Studios is popular for its Angry Birds franchise. However, the studio has diversified its portfolio with a new RPG game. Darkfire Heroes is a RPG fantasy game where you will assemble teams, fight against enemies by using magic spells and gear pieces. The game promises to provide an epic campaign mode. However, with the current competition in the RPG genre, it will be difficult for the game to survive if it offers nothing special. Let’s have a look at the game below. The game features 75 heroes with 6 different factions. You can choose your hero as per your play style. There are different heroes including Knights, sorcerers, archers, clerics, wizards, assassins, warriors, priests, and more You will upgrade your hero as you progress in the game. There are multiple things to do with your hero like gear customization & more. The game has a strategy element, so you have to be prepared for every battle. According to the game’s description, there are 20 magic spells in the game. Therefore, the player should be confident with every spell so that they can have an edge over the opponent.

In campaign mode, you will explore different places. According to the game’s description, there are 10 beautiful locations for you to explore. There are volcanos, ancient valleys, haunted castles, and a lot more places. To spice up the games, there are different bosses, and battling against them won’t be easy. Darkfire Heroes also have fast-paced PVP battles so that the player does not get bored. You will be playing against players from all over the world in the PVP matches. The game currently has a rating of 4 stars on the Google Play Store. It is available to download worldwide on both Google Play Store & Apple App Store. Will it ever get as popular as Angry Birds? Probably not. It is not something that is new, there are a lot of great RPG titles already available for smartphones, However, since it is free of cost, and people are giving positive feedback on the game, we can expect it to be a good title. Let us know your opinions about the game in the comments section below.