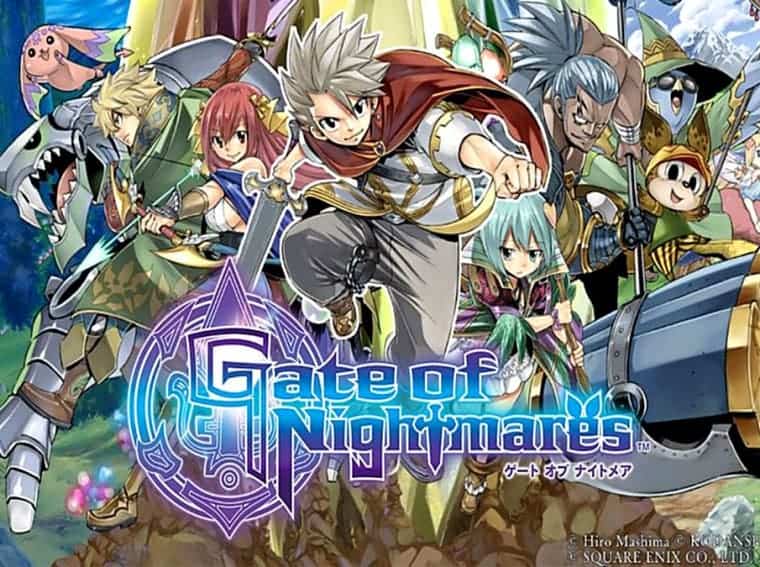 Square Enix announced on April 22 a new mobile game dubbed Gate of Nightmares. The title will be an RPG for mobile phones that will go into beta testing “soon”. The new game is scheduled for Android and iOS. The game comes in a partnership with the creator of the Fairy Tail anime series. Hence, the characters are so similar to the ones in popular anime.

As abovementioned, Hiro Mashima, creator of the Fairy Tail manga,  will work on the project as a character designer. He will also design the elements in the game world to better adapt his characters.

Gate of Nightmares takes place in a world created by the “real world” and that is the fruit of people’s dreams. This land of dreams is about to be shaken because demons were able to enter people’s dreams and erase their memories. So it’s up to a group of heroes to fight this threat that can not only destroy this dream world, but also the real world. This plot would perfectly fit a standalone offline RPG game. Unfortunately, we’re not sure if that will be an approach of Gate of Nightmares. We’re betting on a free-to-play game with several gacha elements.

If you recall, Square-Enix’s Dragon Quest franchise also has another manga artist as character designer – Akira Toriyama. So it’s cool to see the Japanese house bringing another popular artist to make unique characters in the mobile game segment.