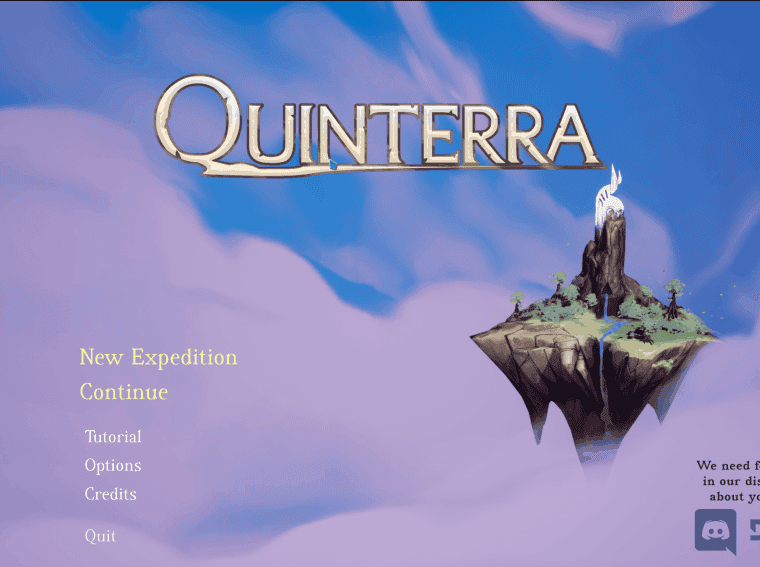 Quinterra Review: A turn-based fantasy RPG that has its own quirks

Earlier this month, Sidereal Studio brought its first-ever title dubbed Quinterra on Steam as early access. Quinterra is a rogue-lite turn-based strategy game that is spread across five domains. In the game, you can build and customize your army while also using a unique drafting mechanic.

While I am not into turn-based games that much, I was quite excited to try out this one. For the last couple of days, I’ve been playing Quinterra whenever I can. That is why today I’m gonna talk about this new deck-building game. Here’s a quick review of Quinterra from the eyes of a gamer who is new to turn-based strategy games.

Quinterra has intuitive gameplay, even though the tutorial is lackluster When the first time I look at the Quinterra, the first thought that struck my head was that this game is quite colorful. Throughout your gameplay, you’ll come across a lot of pretty colors which makes playing this title a bit more fun.

The very first thing that you’re going to explore in the title is the Tutorial menu. Let me tell you – it’s the worst part of this game. For someone like me who’s not that good at roguelites, the entire gameplay experience relies heavily on the tutorial. Throughout your tutorial journey, you’ll have to do a lot of comprehensions which means starring at the screen for a solid amount of time without doing anything major. Another problem is the fact that instructions don’t provide much context. 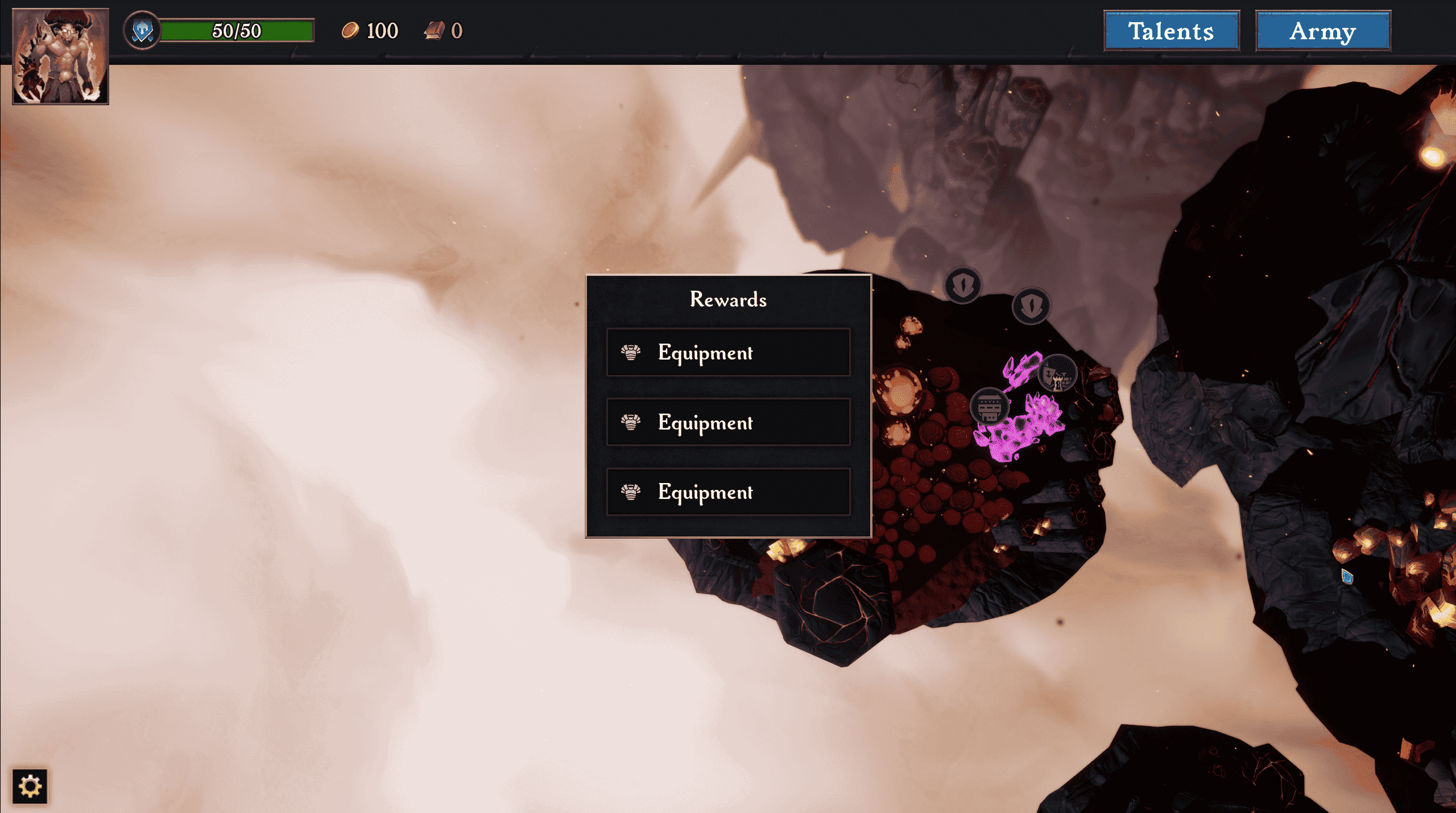 Apart from the tutorial, the next thing that you’re going to be spending 90% of the time is Expedition. It actually includes the core of the gameplay experience. To kickstart your expedition, you’ll have to choose between four race options – Lycans, Imps, Crystallians, and Ethereals. Using the selected race, you’ll end up building your army. Furthermore, each race brings you to a different map meaning the game is broken down into parts.

To begin your expedition, your adviser will give you a Cache that will contain crystals. In the cache, you’ll be able to choose between few rewards that’ll help you get started. If you’re starting out, then you’ll have to participate in few combats before you unlock other locations such as Ruins. Well, let’s talk about the combat system of the game. The combat system is an integral part of the game as you’re going to be spending most of the time here. When you enter into any combat, you’ll have a hex-based map built up of tiles. Each tile will have some elements on it. For instance, few tiles will have soul energy, maybe a few will have dirt and maybe one will have a combination of both fire and water.

In the combat screen, you’ll see some important information on the top bar. The leftmost blue icon showcases the morale of your army. If you proceed with the right tactics resulting in wins, then you’ll be able to increase your morale up. Of course, this means that a few losses will reduce it as well. Using the drafting mechanism, you can destroy one tile to unlock few characters that’ll help you fight the enemy. Then, you can simply grab any of the characters and place them on the hex map on any available tile. Since it’s a turn-based game, once you’re done with your turn then you’ll have to end it. It is worth noting that different maps have different objectives which are quite good in my opinion as it delivers different and random gameplay experience. Some apps might have a big monster that is summoning characters trying to defeat you. In others, you might have to hold areas to win the battle.

In my first combat experience, I had to kill few boss monsters in a limited number of turns. If you consume your entire turns, then you have lost the battle.

Eventually, you’ll get the hang of it The Combat gameplay might put you on a learning curve especially when the tutorial isn’t that polished. At least, that was the case for me. After playing through few combat battles, I started getting the gist of what each character does and what I have to do. You might have to go back to the tutorial every now and then to understand few more things, just like I did.

Through each combat, you should also keep on exploring enemy characters, what they are capable of so that you can tweak up your tactics accordingly. At times, it would feel like AI enemies are much more capable as they are random. To overcome that, you would have to keep on strategizing your gameplay. If you throw your characters randomly and just using drafting without understanding, then you’re gonna witness many failures right after one another.

For instance, if I am using structures such as Mana generator, then I would aim to isolate it so that the enemy characters can not damage it. The more you’ll explore the title, the more complex strategies you’ll be able to incorporate into your gameplay.

Quinterra is a visually pleasing game 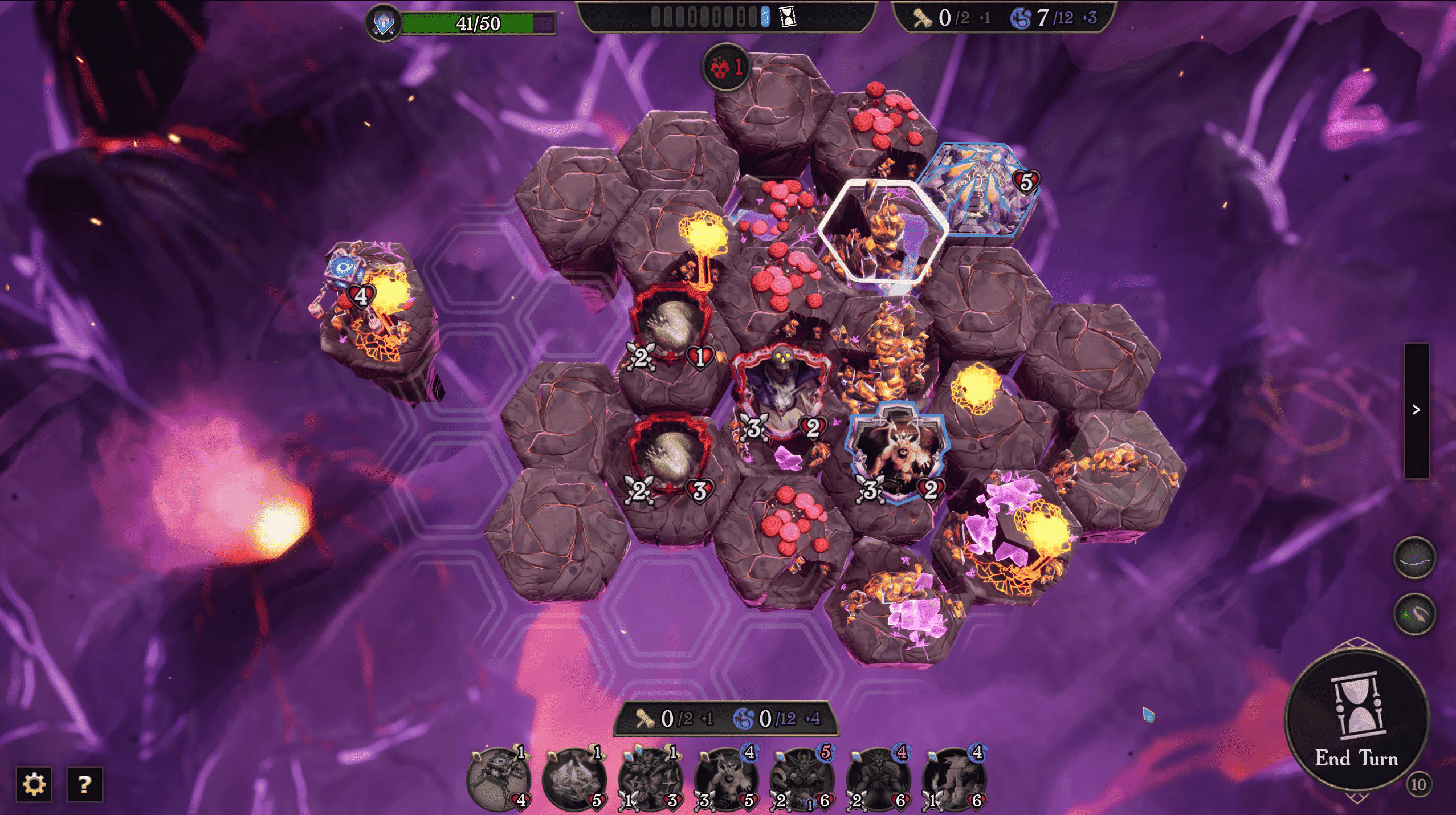 While the tutorial and combat might put you through some hard times at first, the experience with times ends up becoming more fun. One thing that I thought the developers have managed to nail is the visual aspects. The navigational items and user interface might seem simpler, it’s not that bothering. In fact, it even lifts up the entire visual experience.

As mentioned earlier, each race will lead you to a different map with different strengths and weaknesses. What’s interesting is the fact that colors and environments will reflect that in a unique way. The design and the atmosphere that this game brings forth are simply stunning. Thanks to the color-coded nature, you even end up understanding the combat gameplay a bit easier.

Each character has some dedicated artwork that they flaunt. If you look closely, you’re going to see how well these artworks are created. Based on the graphics alone, I think more gamers would get easily convinced to give this title a shot.

Verdict: Should you go for it? 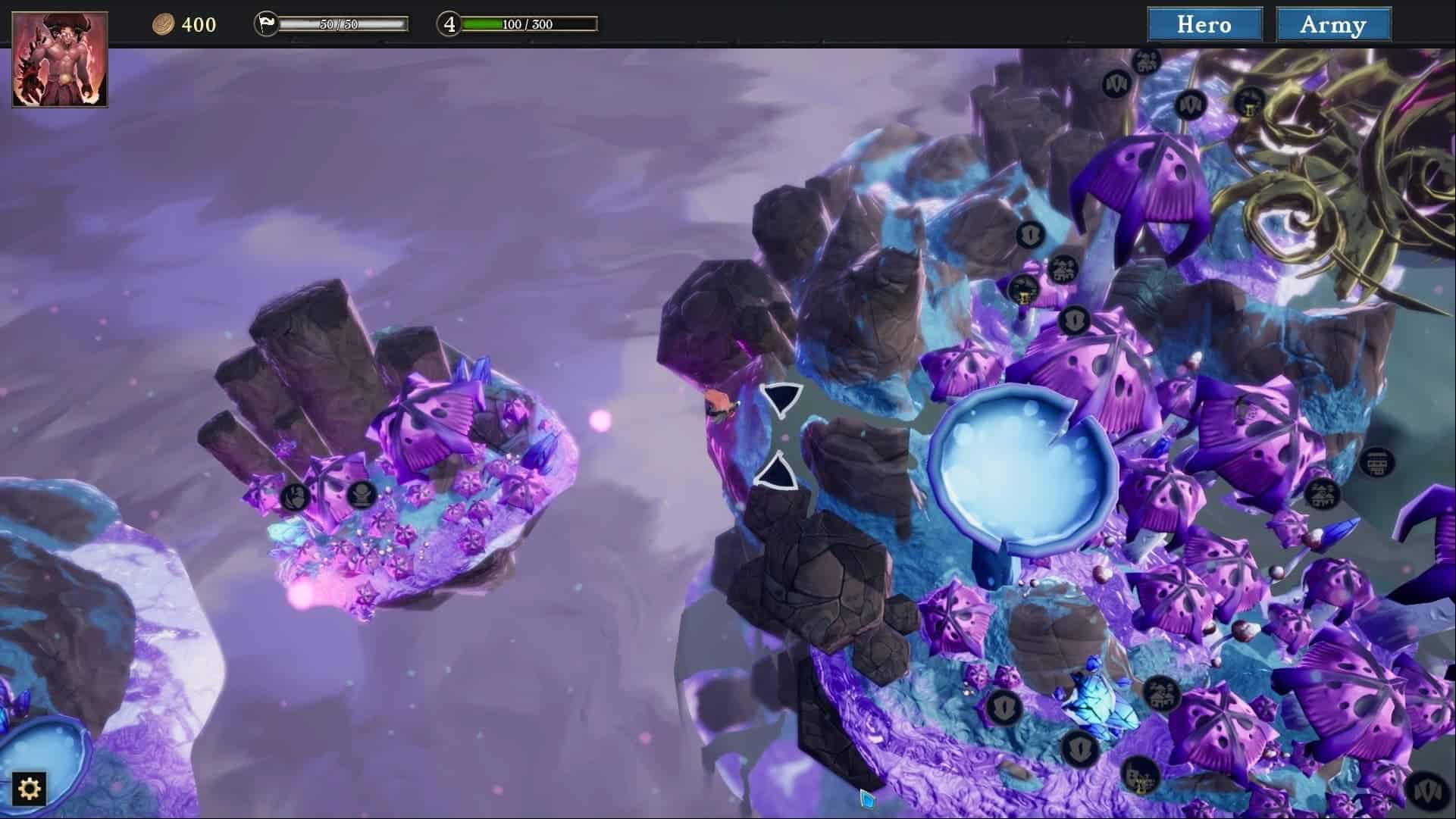 At the time of writing this, Quinterra is at version 1.0.2.0 and is at the Early Access stage. The developers are rolling out new changes and improvements weekly. Quinterra is a game that gamers who enjoy turn-based and rogue-like titles will end up loving. If you’re one of those, then you should give this title a shot. But it’s worth noting that this game still needs a lot of improvements be it in tutorial or gameplay.

If you can live with that, then you can go ahead and purchase the title. For those who want to play the polished version only, you should wait for the final build of the title. With that said, we’re hoping to see some solid improvements by the time the game receives its final build. Quinterra has that potential that you would expect from a rogue-like title but then again, the developers need to reach there by improving various aspects along the way.

Quinterra is available for purchase and download at Steam for Windows PC.