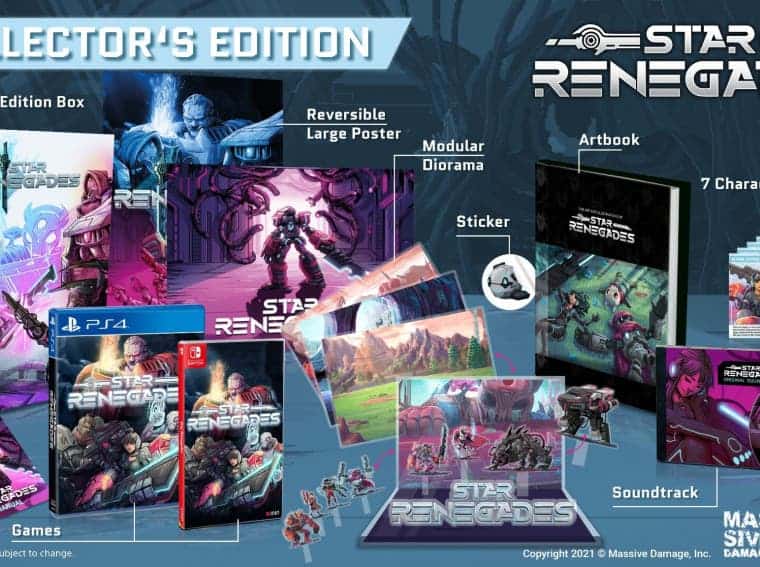 ININ Games joined forces with Raw Fury to produce a brand new strategic RPG dubbed Star Renegades. This fresh game brings fun and intense battles that will require you to build winning strategies in order to succeed. Worth noting, that it also brings many trending rogue-lite elements to make every battle unique. As you may expect, you will fight, die, revive and learn from your past mistakes. Star Renegades will be available soon for the Nintendo Switch and PlayStation 4 in physical form. That’s right! Passionate fans of the game will soon be able to purchase exclusive Limited and Collectors’ Editions of Star

If you’re a dedicated collector of Physical Media, there will be exclusive Limited and Collectors’ Editions for passionate fans across the world. Both editions will be available for pre-order from April 22nd, 2021, at 7 pm (CEST) only at the Strictly Limited Games Partner Store. The retail pre-orders will be expected to launch in the next few weeks.

Star Renegates – A rogue-lite, strategic RPG, that will take your heart away

Star Renegades puts the player straight into an interplanetary rebellion against The Imperium determined to rule the galaxy. In this ongoing fight, a service robot, named J5T-1N came to warn the dimension of imminent extinction. The players will lead a ragtag rebel squad that forms to fight against a powerful, merciless enemy.

The game includes a fast-paced, tactical, turn-based, timeline battle system. It offers a variety of options and strategies to bring the opponents to their knees! The more the game progresses, the stronger the squad becomes. Players can unlock, trade, and upgrade the rebels with tons of weapons, loot, and gear. However, there are many difficulties through the battles. Saving the universe will not be an easy task.

Read Also  Arcaea will be available for Switch on May 18 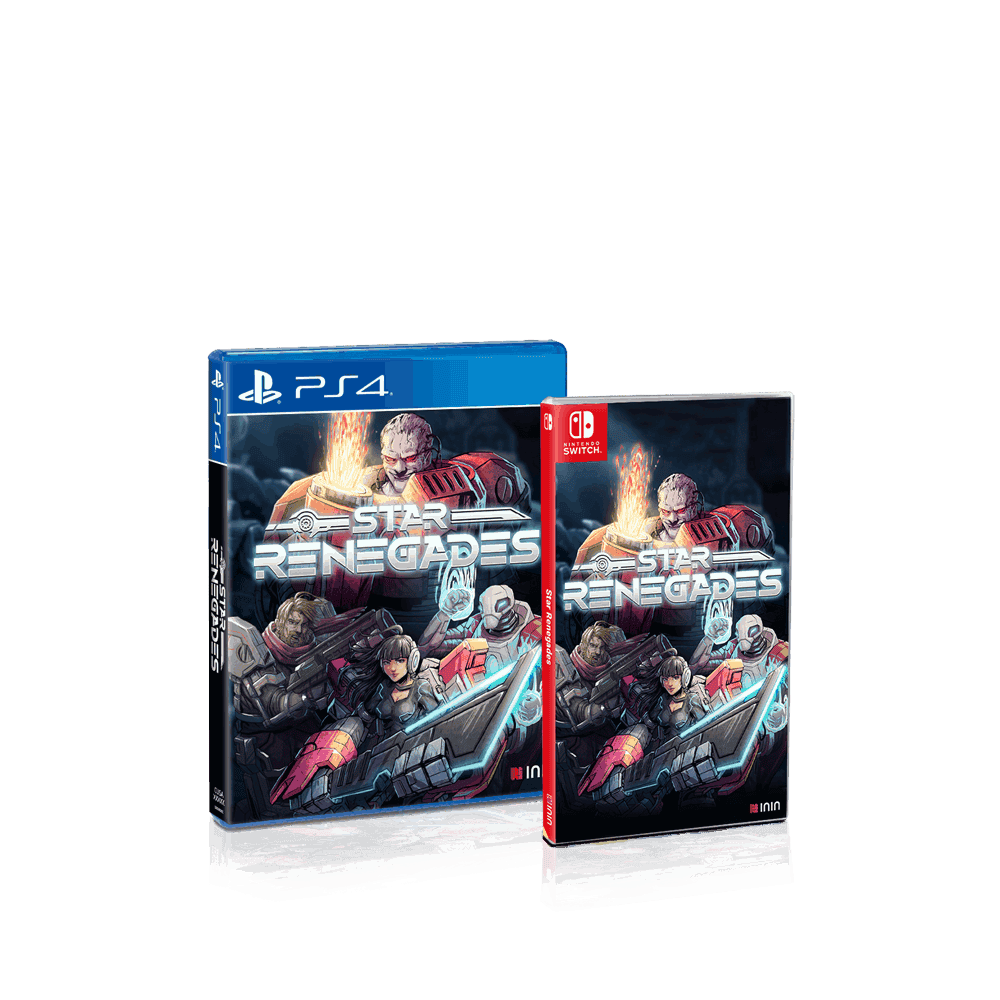 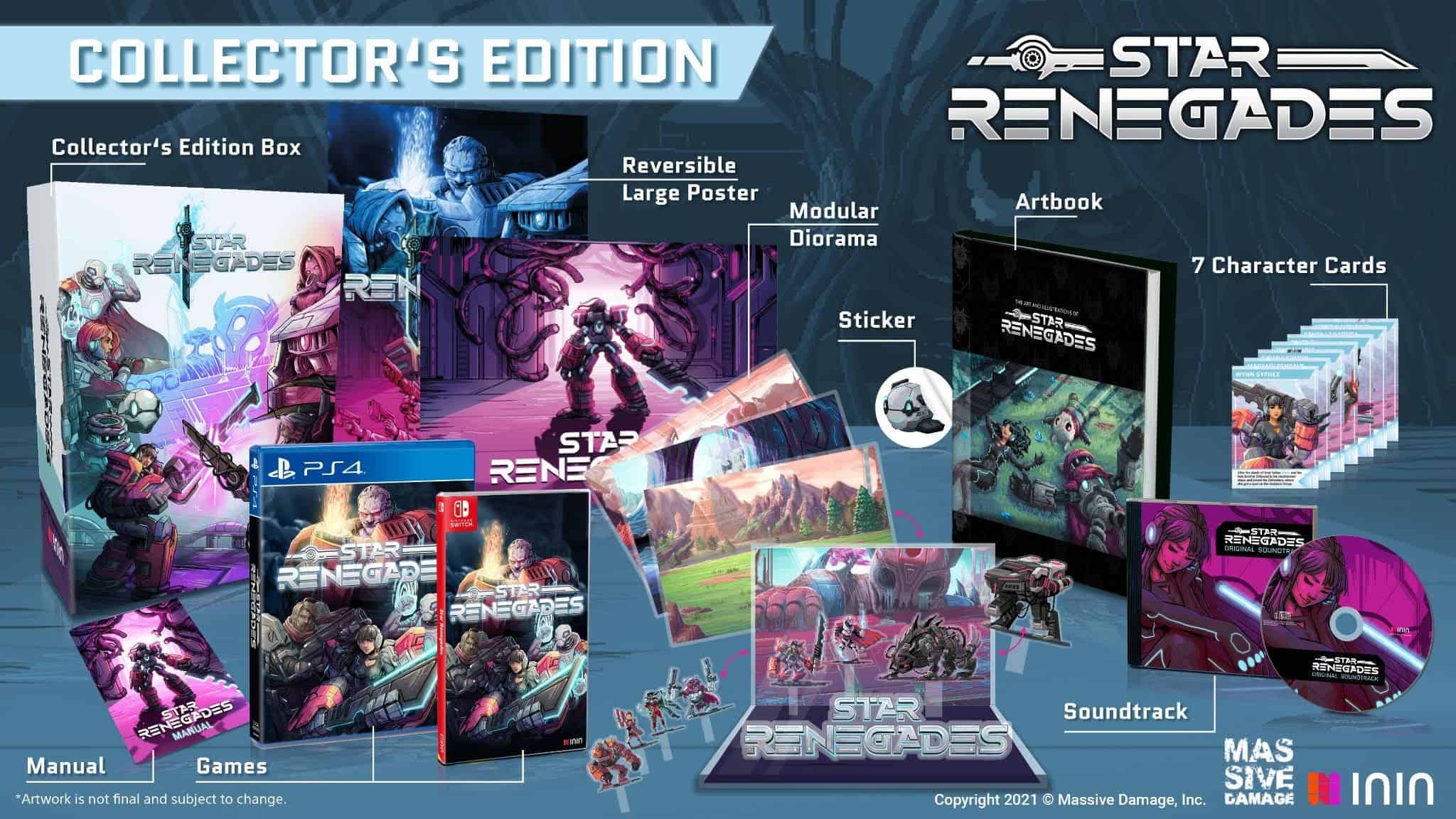 The Collectors Edition, as the name implies, has everything a Collector expects to see on its favorite games. It includes a Collectors’ Edition Special Box, Manual, a Modular Diorama, and Artbook. Moreover, it comes with a complete Soundtrack, a large Poster, exclusive Character Cards, Stickers. As you may expect each one of these editions comes with an individual number.

The Collectors’ Edition will sell for €49.99 which is not too expensive considering AAA games from today. There will 2,500 copies for Nintendo Switch and 1,500 copies for the PlayStation 4.

You can pre-order any of the two versions directly from this link. If you’re a passionate fan of this game, or simply loving collecting gaming-related stuff, make sure to grab your unique copy before it sold out. You can also check the button below that will lead you straight to the store.