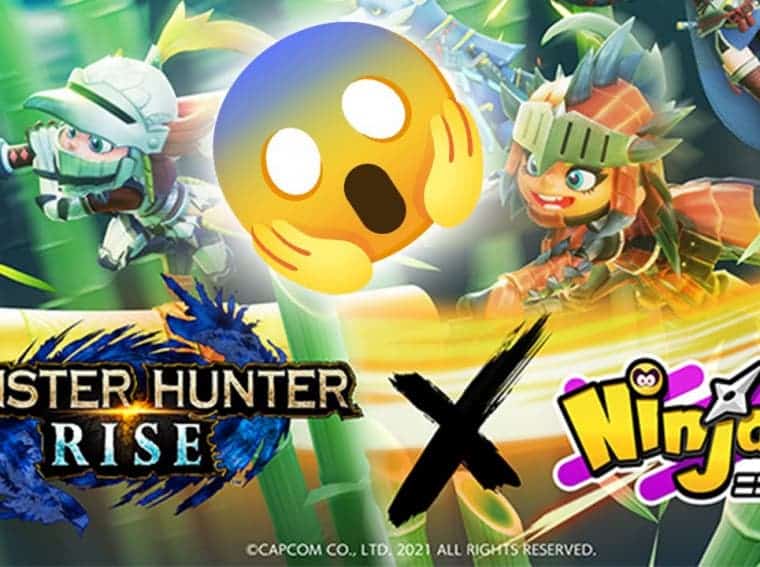 Ninjala has recently announced its new collaboration with Monster Hunter Rise. As a part of this new collab, the players can put on the Monster Hunter Rise-themed collab outfits. These new outfits look pretty great and surely add fun to the gameplay. Of course, this collab is for a limited period of time so here’s everything you need to know about it.

The official Twitter account of Ninjala announced the new collab. According to the post, the collab will be active until May 26 6:59 PDT. Apart from bringing a new Monster Hunter Rise-themed outfit, this new collab also brings special emotes for grilling monster meat, and sharpening your weapon. Gam Utsusemi allows you to transform into a Palamute or a Palico.

There are three types of collab style – Hamura Style, Rathalos Style, and Aknosom Style. This is not the first time the developers are collaborating to bring some new experience to the players. Previously, Ninajala collaborated with Sonic the Hedgehog and pals. In fact, it arrived with a whopping price of 48 EUR for the three available skins.