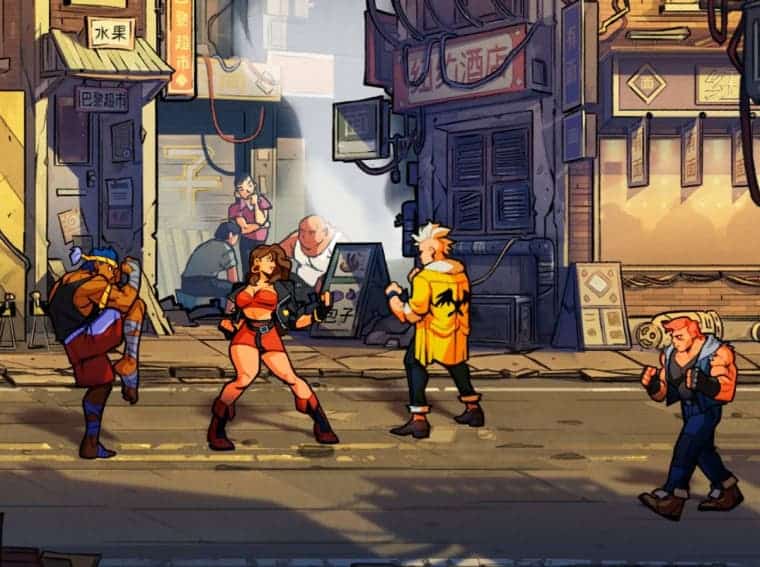 Streets of Rage 4 gets Max Thunder in a new DLC pack!

Streets of Rage is a popular beat ’em up a game franchise that has put forward some of the best games out there. The latest installment in the series is the Streets of Rage 4. The developers of the game have now announced the new DLC content for the title. We’re talking about the much-awaited ‘Mr. X Nightmare’.

We already know that the new DLC will bring some new fighters. One of them is going to be a tough cop named Estel Aguirre. Well, we now have the name of the second one.

Streets of Rage 4 to get Max Thunder as a new playable character!

The second character out of the three is Max Thunder. The new DLC will finally bring this new character with powerful moves and awesome wrestling techniques. The developers have posted a reveal trailer for this new character and well, he looks pretty fantastic. The studio still hasn’t revealed the third character so far. We’re hoping that to change as well in the coming days.

DLC will come along with a free update including:

Apart from three new playable characters, we’re also looking at some new game modes. One of them is going to be a special Survival game mode. We’re also looking at some new moves and weapons along with some new tracks. These new pieces of music will arrive from Tee Lopes who is a popular composer known for his work for Sonic Legends, League of Legends, and Monster Boy & the Cursed Kingdom.

Well, we’re quite excited about this new upcoming DLC pack for this game. Are you as well? let us know in the comments down below.