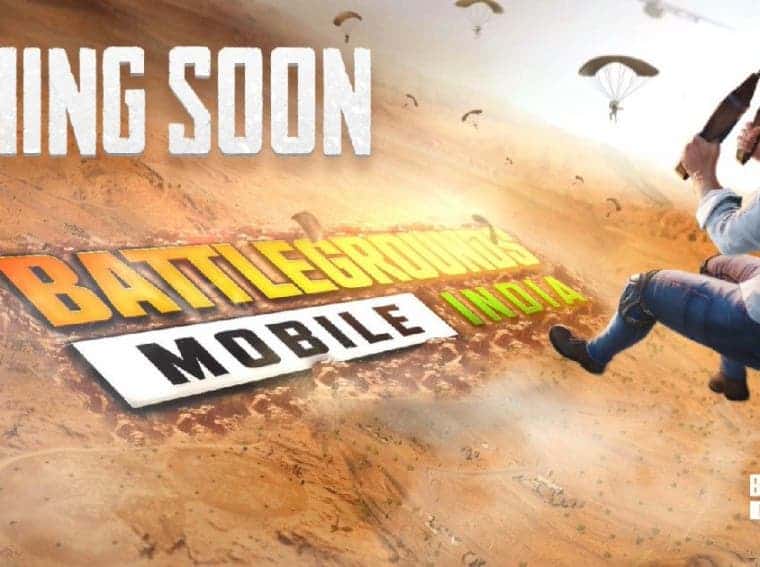 PUBG Mobile is coming back to India as Battlegrounds Mobile India

Krafton has announced Battleground Mobile India. Just to recall you, PUBGM got banned in India. As the government of India decided to ban Chinese applications because of security reasons, and PUBG was one of them. The issue was with Tencent, which is a Chinese brand. Hence, now under Krafton, PUBG Mobile India is launching as Battlegrounds Mobile India.

The studio Krafton has released the news that the game Battleground Mobile India will hit pre-registration before the actual launch. The date of pre-registration is not confirmed yet but we are expecting it to be out soon. As the name of the game specifies, it is going to release only in India.

The same day they revealed the news of the new game, they also introduced a new logo. The main thing to mention here is that now they did not mention PUBG anywhere. If you visit its new official website, it’s just Battleground Mobile India. For the future, we can imagine no PUBG mentioned in-game too, so this is more than changing the name of the game. This time the studio promises the privacy and data security of the users. They said it’s our top priority to keep your data confidential. It may seem like now all the data of users will be stored locally in India.

Some of you must be very confused about this, wondering “What’s the difference between PUBG Mobile and Battlegrounds Mobile India”. Well, we are hoping to see a similar game. Both are battle royale games which you play online with your friends and survive on a 100-player map, the last standing will win. It’s the same just they add a new server which is only for India. The studio also mentioned the country-specific content after the official release of the game. What we can do is to wait for Pre-registration and the official launch then we can tell if there are gameplay changes or not.