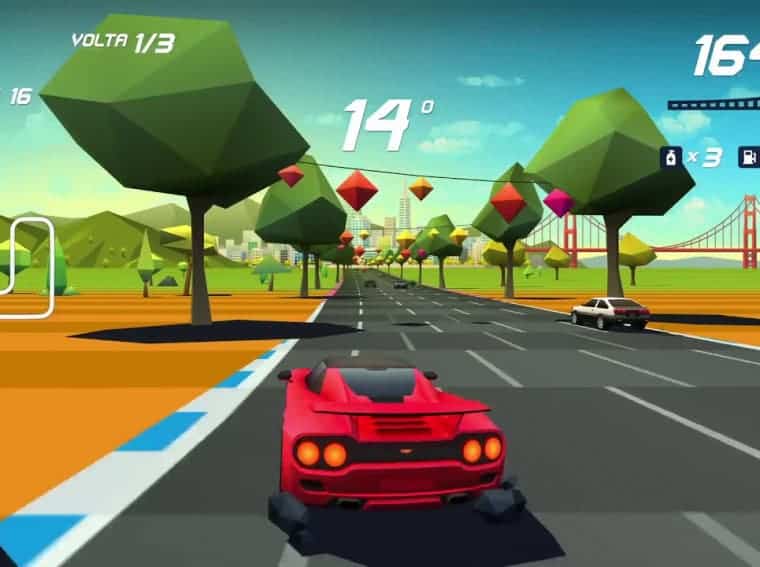 Developed by Aquiris Game Studio, Horizon Chase is a thrilling arcade racing game that brings retro gaming experience. The game takes inspiration from various classics such as Out Run, Lotus Turbo Challenge, Top Gear, Rush, and many others. Some of the key highlights of the title include reinvented 16-bits graphics, Barry Leitch’s soundtrack, 22 unlockable cars, and more.

Well, the developers have now brought a new DLC dubbed Summer Vibes to the title on Android. The new DLC brings a bunch of new content that has already made its way to the PC version of the title.

Horizon Chase for Android gets new additions thanks to Summer Vibes DLC!

We’re looking at 12 new tracks that are “handpicked from the main campaign and redesigned for this Summer experience”. We’re also looking at a new convertible roadster. With the new DLC, the race will start in larger coastal cities and you venture into the desert while passing through the countryside and ends the race at the beach.

Overall, the new map is quite interesting and really gives you Summer vibes. If you look at the Play Store’s information, you’ll find the mention of the new DLC. The description reads, “Summer vibes Expansion Pack and in-game Store added”. As you can see, the new update has also brought the in-game Store allowing players to buy add-on content.