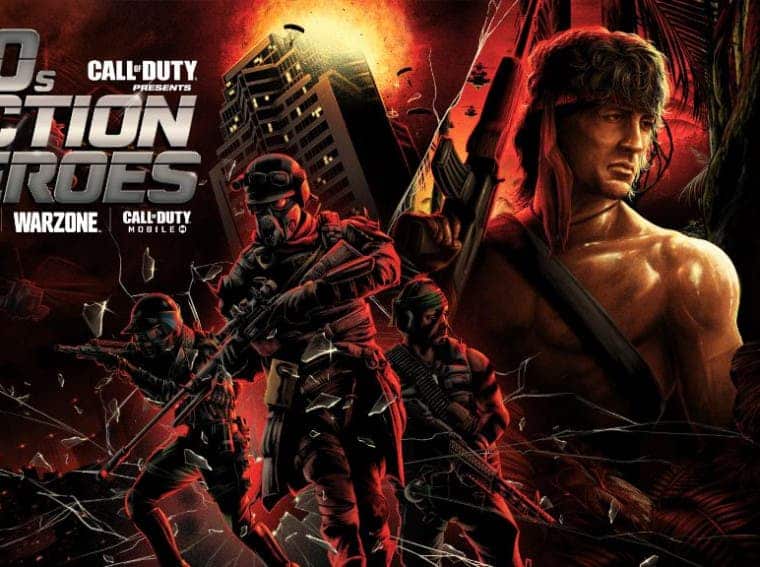 Are you a player of COD Mobile and are eagerly waiting for new interesting cameos? Well, there is a good dose of nostalgia from the 80’s coming soon for Call of Duty Mobile. Activision has just confirmed that the characters Rambo and John McClane will soon be available as operators in the game.

Rambo is a character that needs no introduction. One of the biggest movie action icons of the 1980s. But if you don’t remember, or weren’t born at the time, you may not remember John McClane. The latter is none other than the protagonist of the films of the Die Hard franchise, a classic from almost four decades ago. The characters will appear in both Black Ops Cold War, Warzone, and the mobile version, starting on May 20th.

The action begins May 20th. pic.twitter.com/8Rr3c7g26u

For that reason, you’ll need to prepare since a lot of “old players” will emerge in the lobby just to enjoy these two great characters in the game. More details about the events of the 80s action heroes are expected to emerge next week! And you, what did you think of this news? Did you watch a lot of Rambo and Hard to Kill? Leave a comment below.

COD Mobile is one of the most popular games in the mobile scene, and with so many events coming timely, we expect to see a big growth in the coming months.