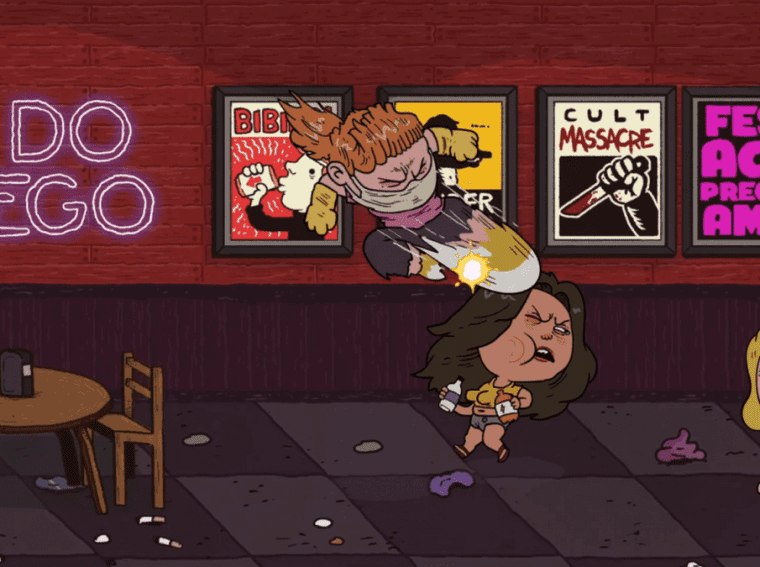 Brazilian developer Braindead Broccoli revealed today after success in a crowdfunding campaign, that the side-scrolling “Fist of Repudiation” arcade fighting game will be released for the Nintendo Switch. The game will also reach other platforms such as the Xbox One, PlayStation 4, PS5, and Xbox Series via retro, Windows, Mac and Linux.

Below, you can see an overview of the game:

“Fists of Repudiation is a satirical game in the beat ‘em up 2D style, with classic arcade influences and a modern Brazilian look.
The plot tells the story of a city that was once a happy and smiling place … Until, one day, a deadly virus spread. This virus has changed the way people live their lives, causing everyone to enter a state of self-quarantine, going out on the street only for the essentials and wearing masks as a security measure. However… a certain irrationally fanatical percentage of the population decided to ignore such measures, putting everyone’s life at risk. Unfortunately, the only way to fight these selfish idiots is through Fists of Repudiation.”

The game will have a huge appeal to nostalgia due to the gameplay features that resemble old beat’em up games. The game features hand-drawn style graphics. Players will enjoy local co-op with up to four players. There are Brazillian places in the game with a lot of easter eggs. Furthermore, the soundtrack is retro so be ready to experience old-school vibes.

Read Also  Magicians Dead: Force of the Soul gets a new trailer

For now, there is still no word on the release date, but we expect it for the next year.