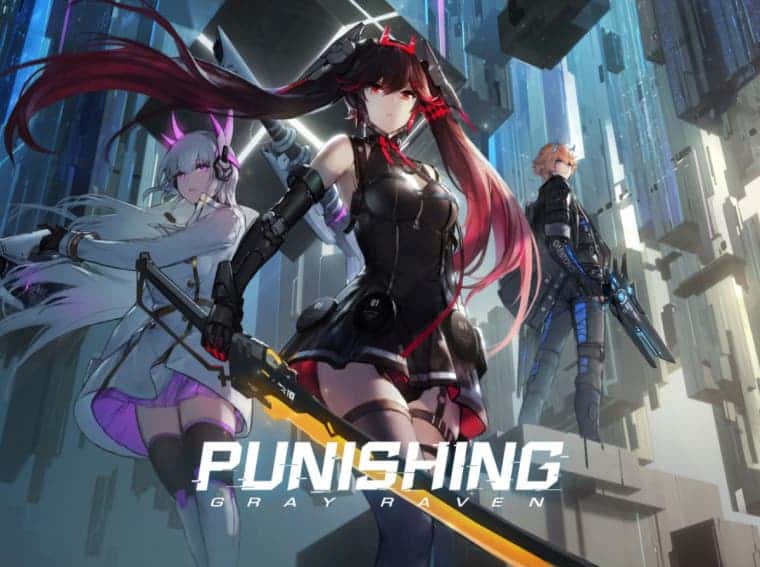 back in the last week, developers started the pre-registration campaign for The Punishing: Gray Raven. After a very successful campaign. the developers started the US-only closed beta where 3,000 players are taking part. Those lucky players not only get to be the first to sample the global version of Punishing: Gray Raven, they will also get a bunch of goodies. The prizes include 10,000 basic Character Research Tickets, 7.500 Targeted Weapon Research Tickets, 15,000 Black Cards, and ten Medium Serum Bundles. Of course, these prizes will make more sense once the game becomes available.

Of course, you won’t need to feel wrong for not taking part in the closed beta. These players will not be ahead since when the game launches their progress will be wiped at some point. So, they are playing just for the sake of testing the game’s stability and features. They can’t hold their progress in the game. So once the game gets done all players will start at the same point. Of course, the prizes will bring certain advantages for those who are testing the beta.

Worth noting that the game will be under closed beta until June 3. It’s just a week ahead. After that, we should see a full release, but unfortunately, that will depend on the developers.

For those unaware, Punishing: Gray Raven is a gacha RPG that looks like a sci-fi Genshin Impact. I can also see some NieR Automata vibes here and there. It’s a big deal in China and Japan, where it’s been available since 2019. Storywise, it sees you playing as a squad of heroic cyborgs returning to earth from interplanetary exile to reclaim it from a civilization of diseased robots. Did you see it? The same plot as NieR Automata… but NieR Automata isn’t a mobile game so… You can copy as long as it is not the same.