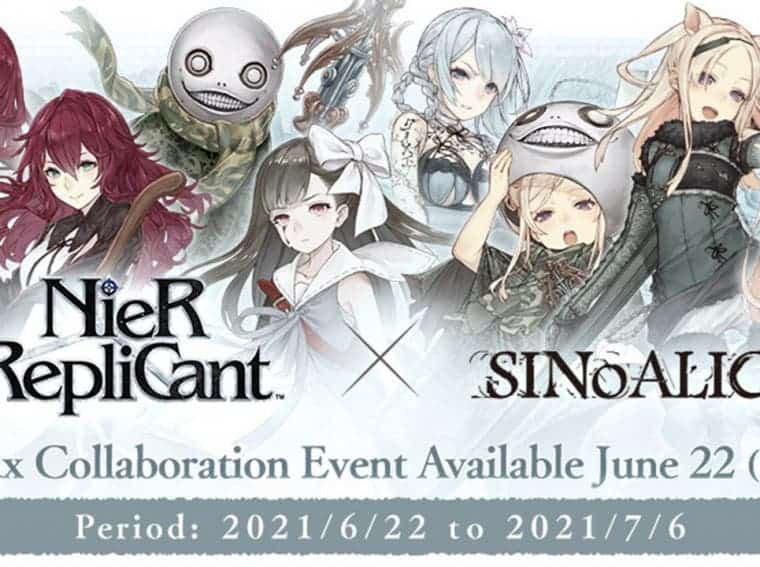 SINoALICE is a mobile RPG from the same creator as NieR: Automata and Drakengard. The game is saying welcome to the content of NieR Replicant into a much-anticipated collaboration. Nicknamed redux, the collab is available and will feature several familiar characters.

Yoko Taro fans will enjoy a new map with songs composed by NieR Replicant composer, Keiichi Okabe and MONACA from SINoALICE. New character classes like Yonah, Emil, Kaine, King of Facade, and Devola & Popola will be available. Furthermore, users will be able to unlock new weapons through special spellbooks “Forgotten Favorites” and “Marked Memories: Rebirth”. Lastly, they can participate in an exclusive offer, earn tones of Twilight Crystals, and more.

Much worshiped on consoles, the Nier series reaches yet another mobile game, this time in a collaboration “inside the house”, with a game by Yoko Taro, creator of both. SinoAlice was originally released in 2017 in Japan, and in 2020 it received a global version.

As far as NieR Replicant is concerned, the original game has just a god a newly remastered version in April. The new game brings improved graphics, nem gameplay mechanics. It actually pays a nice tribute to a title that achieved cult status but that lacked proper gameplay.