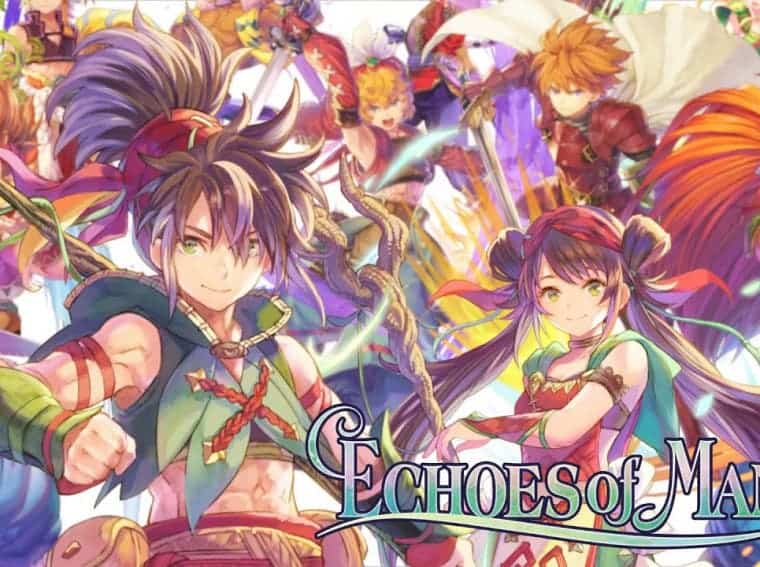 During the Mana series 30th anniversary live stream, Square Enix has announced a new title – Echoes of Mana. The new entry for the Mana series will arrive as a free-to-play action RPG for mobile devices. The release is set for 2022 and it will be a worldwide release. The new title already has its own Facebook and Twitter pages as well as an official website.

Echoes of Mana includes several characters from games across the Mana series. Namely, we have Hero and Amanda from Adventure of Mana, Randi and Primm from Secret of Mana, Duran and Angela from Trials of Mana, Keldric and Lekius from Dawn of Mana, and more. You can see the announcement trailer and a couple of screenshots below. Gameplay can also one saw in the live stream starting at 1:11:52.

The new title is coming to further establish the Mana series to the mobile territory. Especially in this new “gacha-world”. Curiously the Mana series has been somewhat forgotten by Square Enix until recent years. The company made a 3D remake of Secret of Mana and although it wasn’t very ground-breaking, it achieved certain praise. The company then made a new full-fledged remake of Seiken Densetsu 3 (Trials of Mana) with beautiful graphics and new gameplay. It was pretty well received, now Square is working on a new console entry for the series.

If you’re a fan of the Mana series, you’ll be glad to know that after several years, the series is back.