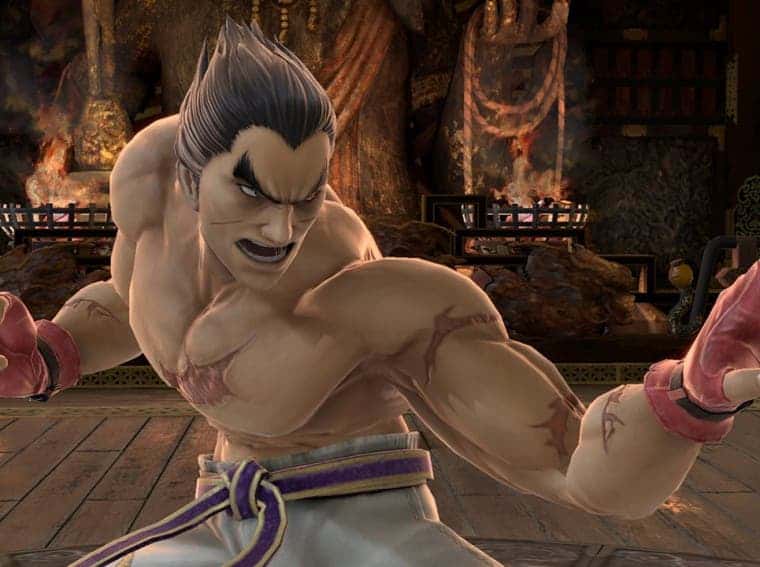 In an online presentation this Monday (28), the director of Super Smash Bros. Ultimate (Switch), Masahiro Sakurai, revealed more details about the game’s next DLC character, Kazuya Mishima. The fighter from the Tekken series will join the game’s hoster on June 29th. Starting today, users can already acquire the new fighter.

In the demonstration of the new character, Sakurai showed some characteristics that differentiate him from other fighters already present in the title. In order to incorporate the various moves and combos present in the original series, its normal attacks use, in addition to the four regular inputs (neutral, sideways, up, and down), commands that require the analog to be tilted diagonally.

His special attacks, Smash attacks, Final Smash, and his double jump transform Kazuya into a demon for a short period of time through the Devil’s Power power. This comes straight from the fighter’s own franchise games. He also has a Rage mechanic, in which he becomes more powerful for a limited time when he overcomes 100% damage or drops below 25% of his energy in Stamina mode.

The arena that will accompany the fighter is Mishima Dojo, a battlespace closed at all ends. As the dispute unfolds, the walls and ceiling are damaged, breaking down and allowing players to be knocked out. Heihachi, Kazuya’s father, will make appearances on the map.

The Challenger Pack 10 will also contain 39 songs from the Tekken series, eight of which will be new remixes. You can watch the entire presentation of Kazuya Mishima through the video below: