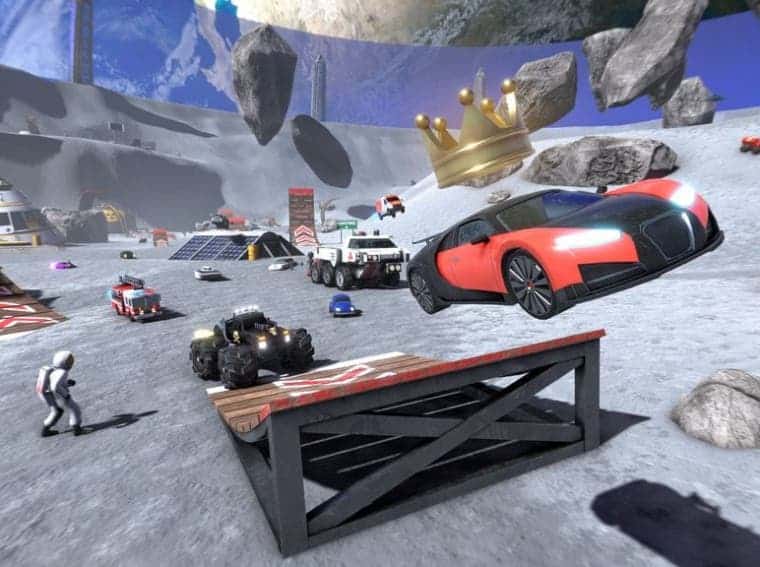 Crash Drive 3 is an all-new arcade stunt racing game. This one is a special title as it’s not just available for Android & iOS but all major platforms. The game has also launched on PC, Switch, PlayStation, and Xbox. It has great cross-play support meaning you can play continue playing on any device without losing your data. Crash Drive is a game series and this is the third installment. Previously, the developers launched Crash Drive 2 2013. 8 years is a big gap. We are hoping to see major changes in the game. Let’s have a look at the game below. Crash Drive 3 is a different game. It is not a racing game that you take seriously. It is more on the silly side. However, sometimes silly games are more fun. What’s interesting is a colorful open-world experience. With a choice of 5 different areas, you won’t get bored. Especially on mobile, we don’t get open-world racing games often. Plus, you can drive monster trucks and tanks, as you like. You will get new vehicles as you progress in the game. There are different modes including single-player and online multiplayer. Plus, to keep the game fresh, we will see loads of events.

To spice up the gameplay, there are many minigames as well. You can play games like cops and robbers, stunt tagging, or even a game of volleyball that involves a giant beach ball while you kick it with your vehicles. It is kind of a GTA Online racing experience but of course with silliness. One of the best features of the game is cross-platform support. It enables you to play with your friends who are playing on a different platform. The game is now available on Google Play Store and Apple App Store. Let us know your opinions on the game in the comments section below.

Read also: Should you buy the new Nintendo Switch OLED?