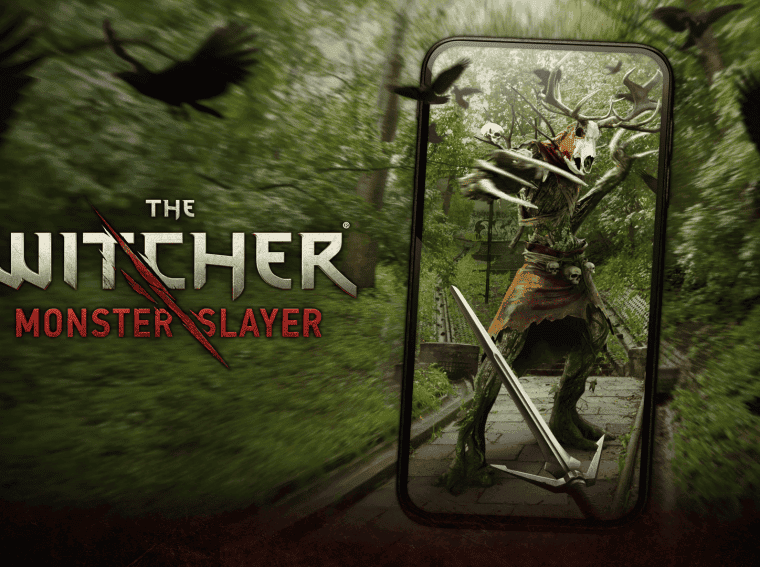 The Witcher: Monster Slayer now available for download on Android and iOS

The Witcher: Monster Slayer, or as some prefer to call it, The “Pokémon Go-like Witcher game” arrived this Wednesday (21) on Google Play and the App Store. The game is free to download and play. Of course, that means that it has built-in purchases and requires an internet connection.

The Witcher: Monster Slayer was announced in August of last year and we can compare its gameplay with Pokémon GO. It uses similar gameplay elements and the Augmented Reality feature, one of the strengths of the pocket monsters game.

The Witcher: Monster Slayer, comes from Spokko (a subsidiary of CD Projekt Red). It’s a free game with RPG elements where we interact with NPCs, brew potions, craft items, and face the dark creatures of the Witcher franchise. Check out a short gameplay trailer:

The game’s main function, Augmented Reality, allows players to face monsters in the real world, through the camera feature. As in Pokémon GO, The Witcher: Monster Slayer uses the GPS and location system to move around the map. You can move simultaneously with real life, in search of these monsters. Their appearance can vary according to weather and time.

The game provides avatar customization, quests, a trophy collection system, and other features. The reception of players at the time of this writing remains high with an average rating in the Play Store with 4.0 out of 5.0 stars. The game still went into maintenance mode today due to problems with connections and crashes, however, according to the developer, everything returned to normal after a few hours.

The Witcher franchise has been around for a long time. However, the third console / PC game The Witcher 3: Wild Hunt has made it a huge success and timeless classic. The franchise got more fuel with the success of Netflix’s show. Let’s see how the mobile game will perform.