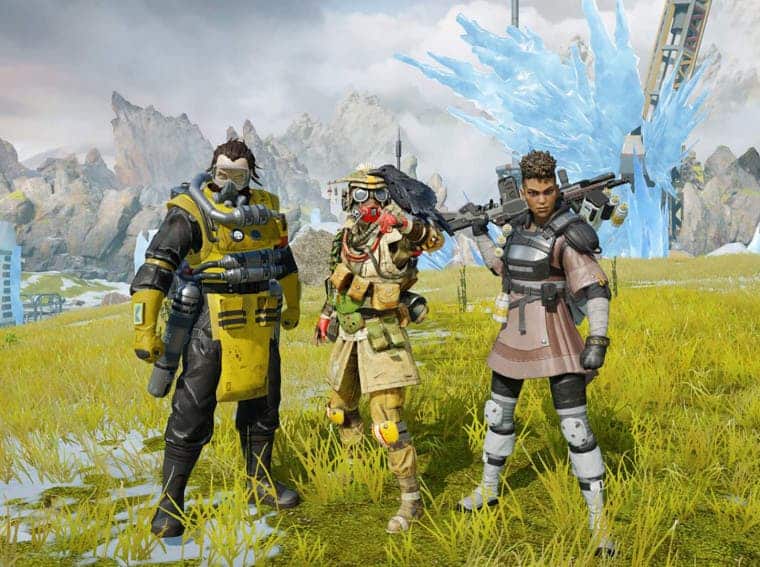 We all are excited to see Apex Legends Mobile. The game is currently in the closed beta stage; the developers are testing it in various regions. Recently, a new Chinese gameplay video of Apex Legends Mobile has surfaced online. It is a short 1-minute video, but it is action-packed, just what you would expect from the game to be. It shows us how well the game is made for mobile. But there is also a surprise in this video. It highlights the four new playable legends. The video was published by IGN China YouTube.

In a nutshell, it is a full-fledged version of Apex Legends. I have played the game on Playstation, and this Apex Legends Mobile trailer totally looks similar. It gives us a full experience of Battle Royale. You are running, shooting enemies, using your abilities, and much more stuff. The first time we heard that Apex Legends is coming to mobile, I was skeptical about it. However, the game looks polished so far. And if the gameplay turns out to be as good as in trailers, then it will surely give great competition to PUBG Mobile and Free Fire.

The trailer also highlights four new playable legends including Revenant, Crypto, Mirage, and Pathfinder. They are already available on other platforms but seen for the first time on mobile. It’s good that there will be a variety of legends so players can match their style. Apart from these, eight legends were initially added including Bloodhound, Lifeline, Bangalore, Gibraltar, Wraith, Caustic, Mirage, Octane, and Wattson. Currently, the developers are slowly testing the launch in selected regions. Make sure to stick around so you can know whenever Apex Legends Mobile is available in your region.