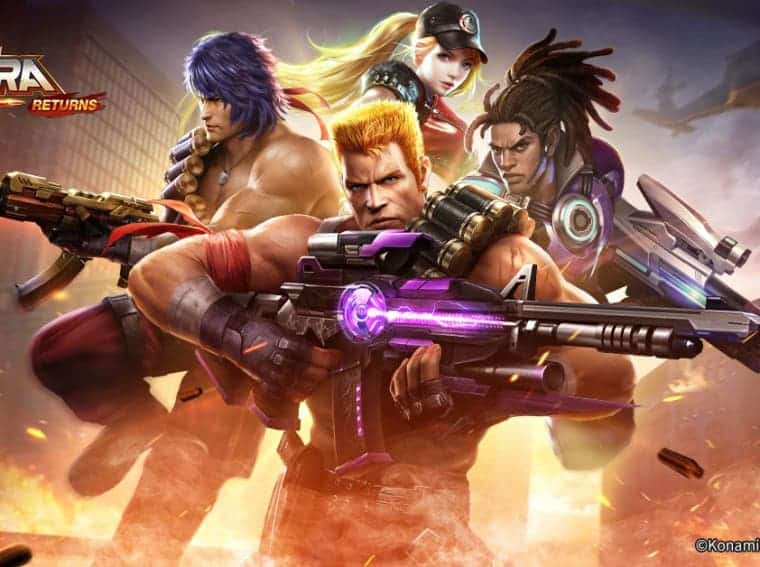 Contra Returns, is a new game for Android and iOS that pays homage to the classic shooting game of the 8bit and 16bit generations. After many teasers, the game has just been released on Google Play and App Store. The game is free to download but requires an internet connection. Having this in mind, you can expect some gacha elements to mark your presence here.

Contra Returns is the fruit of a partnership between Tencent and Konami. Contra Returns was released in China in 2017. An English version was released in Southeast Asia in 2018. In May 2021, the game arrived by surprise in early testing in certain countries in the West. In this game, players find a mix of old and new. The game has 3D graphics but bets on the classic gameplay of the old Contra games. The player must move his character and tell him to walk and shoot until the end of the stage, located on the right of the screen.

The new game pays homage to the old Contra with several phases very similar to the games Contra I, II, and III and Contra Hard Cops. In addition to the classic characters, the player will be able to unlock new agents.

As a free-to-play title, there are some issues that can annoy those who expected a better tribute. The game requires a constant internet connection. Moreover, the levels are really short. If the idea is to kill boredom, Contra Returns will bring some fun and will also bring some good memories.