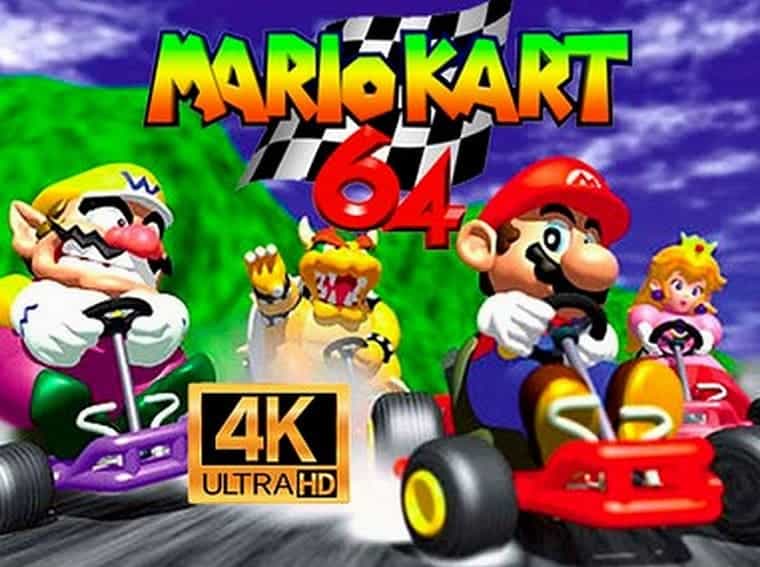 Mario Kart 64 is a game that is already celebrating 25 years and is still remembered by many. The franchise currently sits as one of the most popular racing games in the world. The franchise has even gained a mobile version in 2019 called Mario Kart Tour. Recently, a fan decided to breathe new life into the Nintendo 64 classic. It gained 4K graphics at 60FPS with a modification through an emulator.

Mario Kart 64 enters the next generation or sort of

The new game is dubbed Mario Kart HD and uses modified game files, which have a special filter to increase the game’s resolution and FPS rate. It brings more details, smoother motion, and other improvements to the acclaimed Nintendo 64 classic. The mod was done by the Unreal YouTube channel. The content creators published a video showing how the game can be used in a Nintendo 64 emulator. Of course, the original console doesn’t have enough memory for a 4K title, not even for Full HD.

According to the creator of the Mario Kart 64 HD mod, installation is relatively simple. All you have to do is have a Nintendo 64 emulator installed on your computer and download the files made available by it on Github via this link. Of course, we can’t provide the ROM or link emulators for obvious reasons.

It’s very sad to see that Nintendo still does not provide an easy way for its loyal fans to revisit classics in the franchise. Emulators are here, but the terms for it are shady. Moreover, some users will prefer to play it via legal ways like, let’s say a subscription-based service. So far, Microsoft does a decent job with Gamepass and its retro library. Nintendo, on the other hand, did bring some classics recently to the Nintendo Switch. However, always asking a full price for every re-launch seems like a Joke.