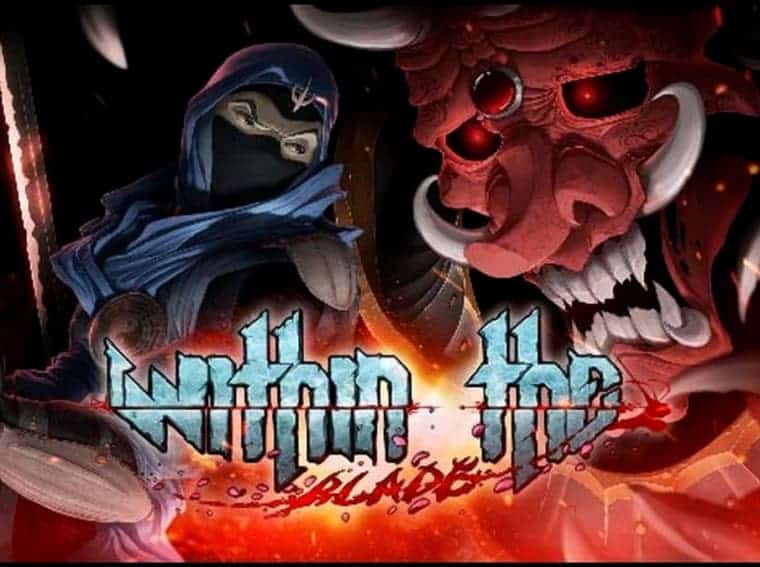 Within the Blade Review – retro-styled adventure with frantic combat

Ratalaika Games is back with another title that shows the publisher ability’s to bring distinct games with varied gameplay styles. Today, we’re here to evaluate Within the Blade, a game made by Ametist Studio and published on new platforms by Ratalaika Games. It comes offering for the lovers of the 2D side-scrolling genre. The game also brings a lot of action and pixel-art goodness. Remember playing titles like Ninja Gaiden in the past NES era? Within the Blade carries a feeling but expands it greatly adding a lot of mechanics to the gameplay. It’s a beautiful title but will require some ability, otherwise, you’ll be punished. In other words, it will require you to become a true ninja. Let’s dive into this game’s review.

Within the Blade – Story 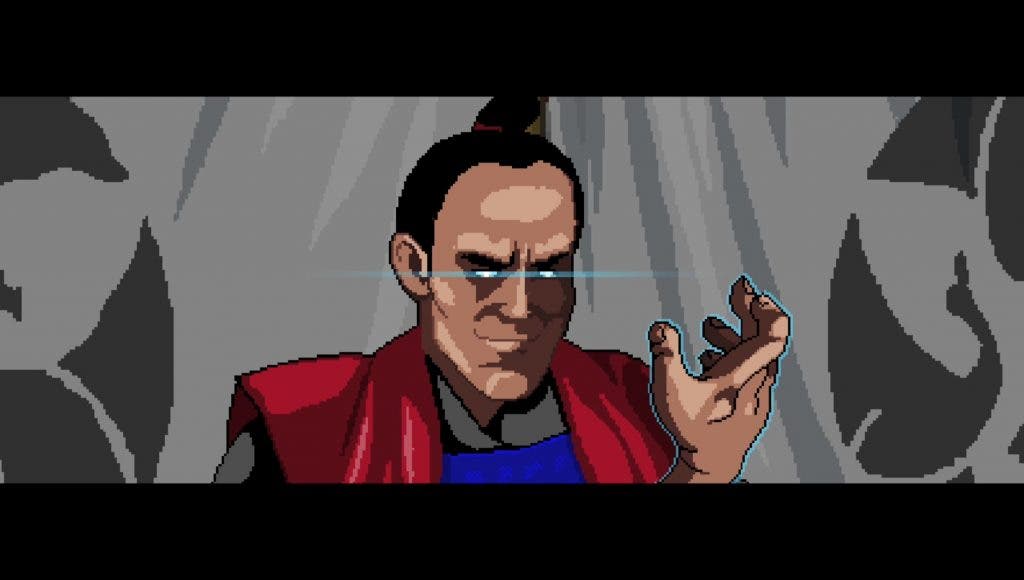 Within The Blade Story starts during a civil war in 16th century Japan. The war spawns a terrible sea of blood between clans that covet control of the region. In an attempt to end the war, the leader of the Steel Clar clan decides to use a forbidden technique. However, the plan does not go as expected. The spell ends up dominating him and his entire army. From then on, it’s up to the Black Lotus clan to face and defeat the Steel Claw and prevent all of Japan from ending up in the ashes. 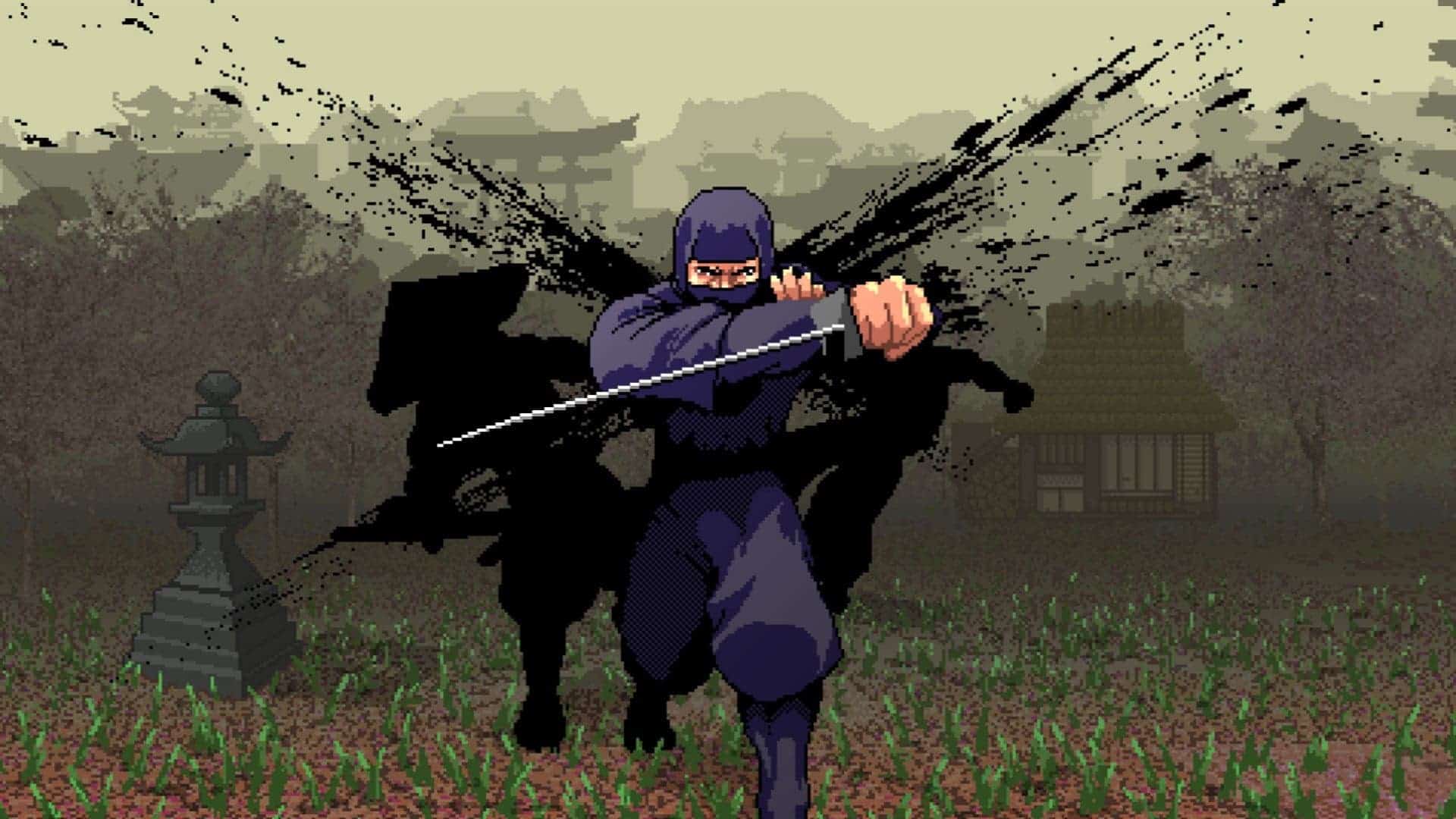 As most of the games that use this style, there is not a big focus on the story and everything happens progressively as you pass through the stages. If you’re a lover of the Feudal Japan era, you’ll certainly enjoy the atmosphere of this title. In this game, we’re on ninja Hideaki skin. He needs to protect his village from the malevolence of the Steel Claw clan. Through our adventure, Hideaki learns more about being a true Ninja. He can also experience some changes in his village after certain events in the game. However, even with these changes, there isn’t much to interact in the map. Thankfully, we can still talk with the majority of villagers.

The gameplay of Within the Blade allows you to put all your hate in the edge of your katana. At the same time, you’ll feel the pleasure of slashing your enemies. There are also a set of moves that can be used, and you’ll need to dominate these moves. Otherwise, the maps will also be deadly enemies. Although you will desire to slash your way through the stages, you still are a ninja. As a result, you’ll need to play stealthy and deadly sometimes.

During your missions, the ninja Hideaki can hide in the grass, climb walls, climb three branches, and jump twice. He is a very versatile Ninja event at the begging of the adventure.
As you progress through the game, the Ninja will learn new skills and acquire new weapons. The weapon list includes Shurikens, Kunais, and Hook. You’ll also be able to craft your weapons and store useful items in the village for later use.
The stage is simple but fun enough. Usually, you can simply side-scroll through every stage. However, there are hidden passages, that will eventually lead to the same way. The Enemies in the game are competent enough and some of them are challenging. For that reason, you’ll need to master your skills and benefit from the Assassination technique.
As usual in games of this kind, you’ll eventually need to face Bosses. These are completely different from regular enemies. You’ll need to leave stealth behind and use everything you got to defeat these beasts. Every boss has a different pattern, so the key to victory is learning how to overcome them. 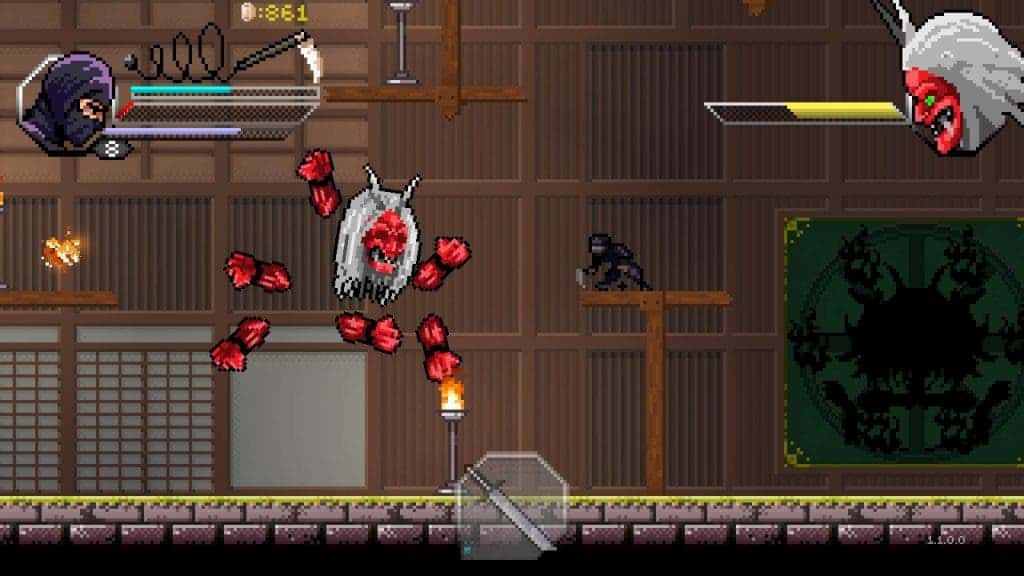 Unfortunately, not everything is perfect in the gameplay. In certain checkpoints, you’ll find yourself surrounded by enemies or will fall on top of spikes that will completely rip your health bar. This brings a certain level of frustration at certain times. But, brings back the difficulty of a past era. 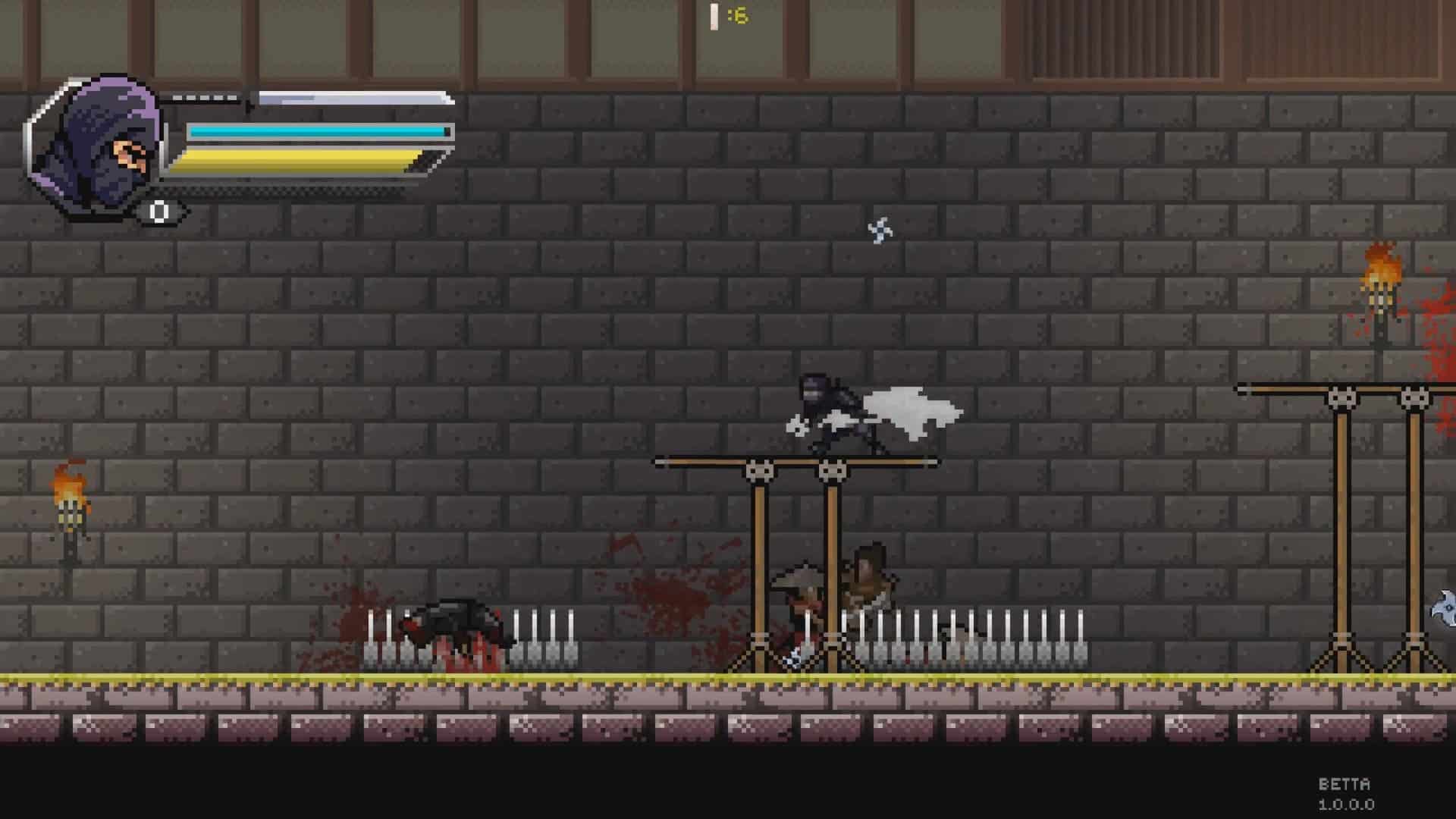 As we mentioned before, the graphics use pixel-art-based and evoke a retro-styled era that resembles games from the ’90s. The animations are well made to the point that you can separate this game from a game of 1990 that was limited by the hardware. The soundtrack is simple but gets the job done. It’s pleasant to hear the music during the stages, but nothing memorable.

Within The Blade has very small defects and the overall gameplay, graphics, and challenging value make this a game that will bring nice hours of fun. The game is not massive, but it lasts a lot if you compare it with old-school titles. Everything will depend on your ability and how much time you’ll need to overcome certain stages and bosses. This title will bring some fun for those who enjoyed Shinobi and Ninja Gaiden franchise. For casual gamers, it’s also a nice title to have in your library since it can be surprisingly good.