Generals Review – Finally a solid competitor for Clash of Clans

Are you a fan of games in the best Clash of Clans style but at the same time can’t stand the game and needs to find a solid alternative to get some fresh air? FuryLion group has developed Generals, a solid strategy game for iOS devices. In this title, you’ll put together an army and will have to send them to battle with an enemy castle in the hopes of destroying it. It’s the best concept of tower defense, but with some distinct mechanics. Interestingly, the game comes with cartoonish and colorful graphics with making it appealing for a lot of audiences. Moreover, I have to confess that I find this kind of graphic style more future-proof than anything photo-realistic.

The starting scene is quite funny, apparently, the King is attacking your castle because you’ve dated his daughter. Unfortunately, this funny and original intro isn’t mentioned later in the game. But we can’t blame the developers for this. After all, the focus clearly is in the gameplay. The idea here is simply for introducing you to the castle defense concept.

Simple Gameplay that focuses on fast and responsive commands

The game is designed to be fun and at the same time interesting. The big focus here is simple commands that you’ll be set by simple taps. You’ll choose some troops and you drop them on the grid at the bottom of the screen. The troops vary from soldiers, walls, cannons, and different warriors types. You’ll need to observe the opposing army to build the best possible strategy. The player will win the battle if he take down the enemy castle or if the game time runs down to zero and your castle is still standing. You don’t necessarily need to destroy all the enemy troops to win. 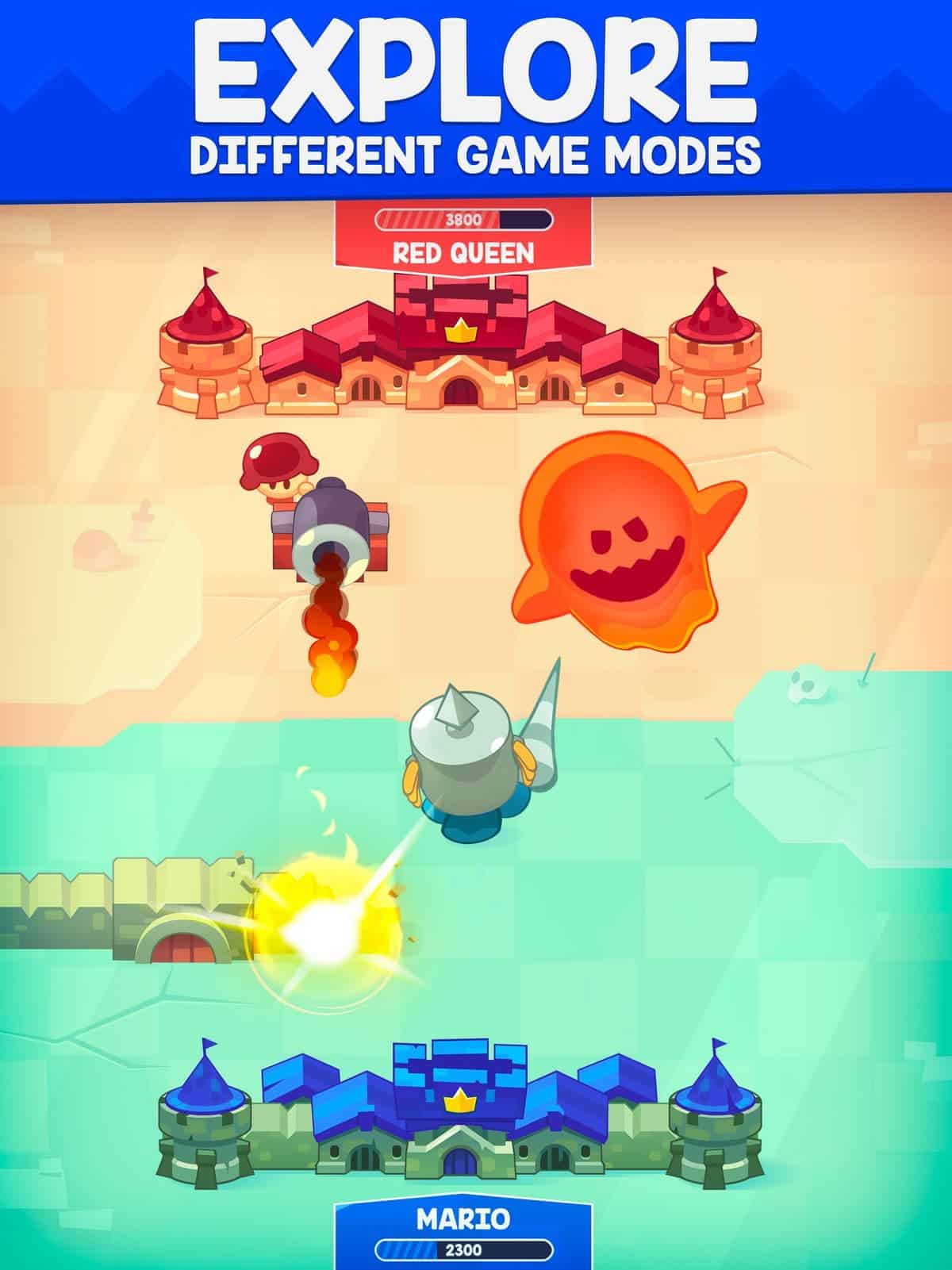 An interesting detail in Generals is that you won’t be severely punished when failing. You won’t lose money or troops by losing a battle. You can also reattempt the battle as often as you like. There’s no “energy bar” limiting your gameplay. Therefore, the game provides a fun and relaxing experience all the time. So even the casual players will get some fun here without feeling “fooled” by certain mechanics.

Of course, as a free-to-play game, you’ll eventually find certain limitations. You’ll progress through the game, but in certain points, you can get some advantages by spending money. That’s your choice, you can earn coins and gems for a long time, or get them instantly paying. I can’t blame the developers, since the game needs to be profitable. Thankfully, the game does not limit your fun forcing you to spend money.

“Gacha” mechanics in a not predatory way 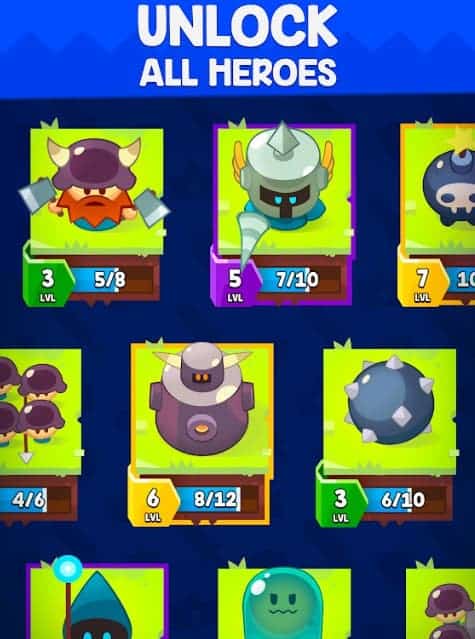 One time that the game is free-to-play, there are micro-transactions. The game features two currencies – Gold and Green Gems. Both can be obtained throughout the battles, but the gree gems, in particular, will need a lot of time. You can buy packs to get them many fasters. These gems can be exchanged for chests that will bring random rewards. The loot box mechanics are here, but the game didn’t force you to do so.

Generals is an Addicting and Fun Title

The game is very attractive for casual players. Since you’ll get certain rewards based on daily activities. If you’ll get tired of gameplay, you can return another day and there are some prizes for returning. The game also brings some nice mechanics as it allows you to join clans, link your social media, get notifications and even battle other people’s armies online. There are different game modes to explore and get some additional fun.

You can get a lot of fun from the strategic portion of the game. But be careful if you easily get addicted to games of this kind. I was able to play Generals for a few days without spending money. You can do this way, or pay to get rewards faster.

Generals bring some fresh air to this genre by bringing fun strategic style and nice-looking graphics. In times of competitive games, it’s nice to have some casual fun when you just need to kill boredom. The game has certain features to encourage users to log in, but it never forces the player to spend money.

You can Download and Install Generals straight for Apple’s App Store – It’s a free and addicting game. If you’re looking for a nice strategy title and is looking for alternatives for the oversaturated Clash of Clans, Generals is a nice option and deserves a chance