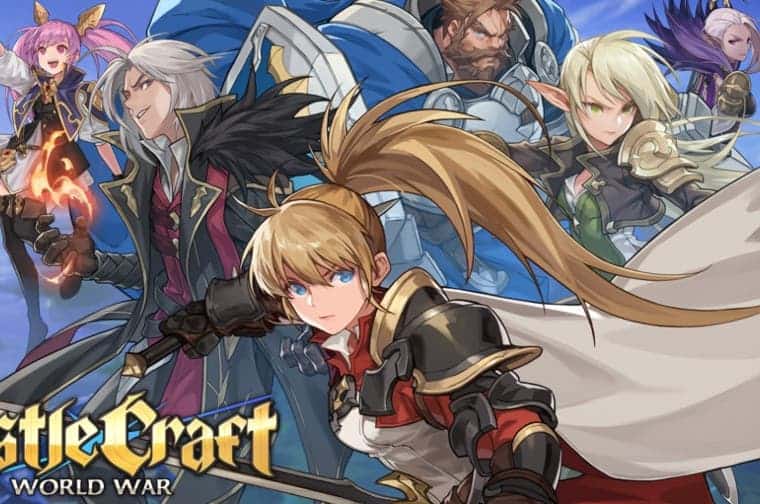 A new game is coming for strategy genre lovers. RisingWings has opened the pre-registration of the game called Castle Craft: World War. You can pre-register for the game on the Android platform. There are a lot of games based on strategy. So there will be a lot of competition for the game. However, the developers tried to combat the competition by providing a lot of content in the game. It is a  real-time strategy game but also comes with multiple modes. Let’s check out the details of Castle Craft: World War. Being a real-time strategy game, players will have to destroy the opponent’s base. But at the same time, they will also have to upgrade their own base. Players will have to keep a balance on their attacking and defense sides. If one of the sides goes weak, then the player will suffer. There are a variety of heroes and units that the players will have to upgrade over time. While fighting, the player has to focus on managing the resources and beat the opponent’s tactics. Sounds familiar right? Yes, no doubt it is very similar to Clash Of Clans. However, the game also has content apart from its PVP.

If players get bored from PVP, then play any other mode. There are multiple modes including Co-op Mode, Simulation Battle, Friendly Battle, Guild Battle, Federation War, and Local Conquest War. The game has a different play style which makes it unique from its competitors. Moonchul Kang, Vice President of RisingWings while discussing the game said: “With its mobile-optimized gameplay and controls, we’ve already seen a lot of positive sentiment and feedback for Castle Craft: World War during its soft-launches in India, Canada, Thailand, and a few other regions.RisingWings will continue to introduce exciting features to bring more edge-of-your-seat battles to the game and make it the number one mobile strategy game.”

For those interested, the game is now available for pre-registration on Google Play Store. It will also launch on Apple App Store and we should see the news soon. The people who pre-register will receive gold and in-game items when the game launches in the second half of 2021. What are your opinions on Castle Craft: World War? Let us know in the comments below!