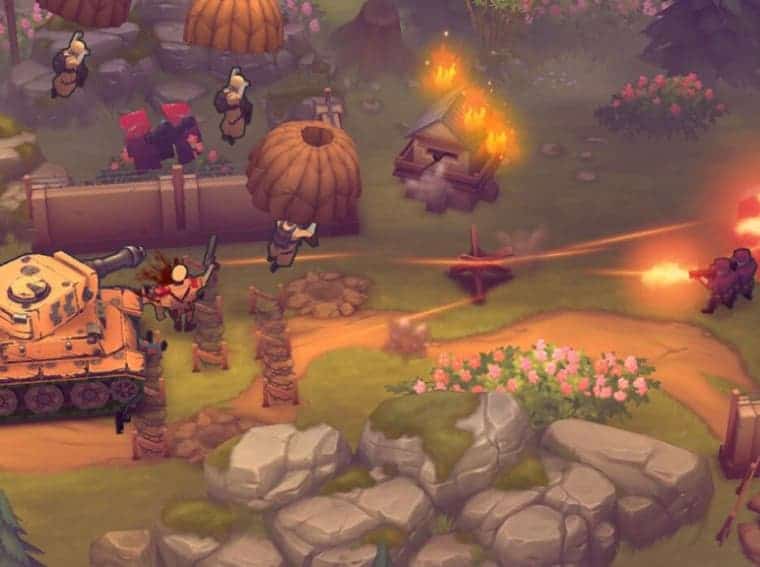 GUNS UP! Mobile is now open for pre-registration

If you like PvP strategy games, then you should definitely check out GUNS UP! Mobile game. It is based on a PC and Playstation game that was launched in 2015. The mobile version has similar features. First, it is a mix of strategy and tower defense which is great as tower defense is one of the most liked titles. Mix it with different troops, challenges, alliances and you have an exciting game. It is currently in the pre-registration phase. We hope to see it available for Android devices soon. For now, let’s check out everything we know about GUNS UP! Mobile. The idea behind GUNS UP! Mobile is simple. You have a base, you need to protect it. You will upgrade things in your base as you level up. At the same time, you will be attacking other people’s bases in a PVP mode. You have to think of different strategies in order to dominate the battlefield. However, the PVP mode is not the only thing here. Not everyone likes multiplayer. It even gets too competitive after playing a lot. Hence, the developers have added a single-player mode where you can play with AI-based Zombies. In games like GUNS UP! Mobile, creating your army is the most important thing. As you gather loot from wins, you will be upgrading your army. But you also have to keep a balance so that your defense side doesn’t get weak. There is also Alliance Wars that allows you to pair up with your friends and fight together. The concept behind the game is simple yet exciting. If you’re interested you can pre-register for GUNS UP! Mobile on Google Play Store. The release date is not out yet however we hope to see it in the coming months.