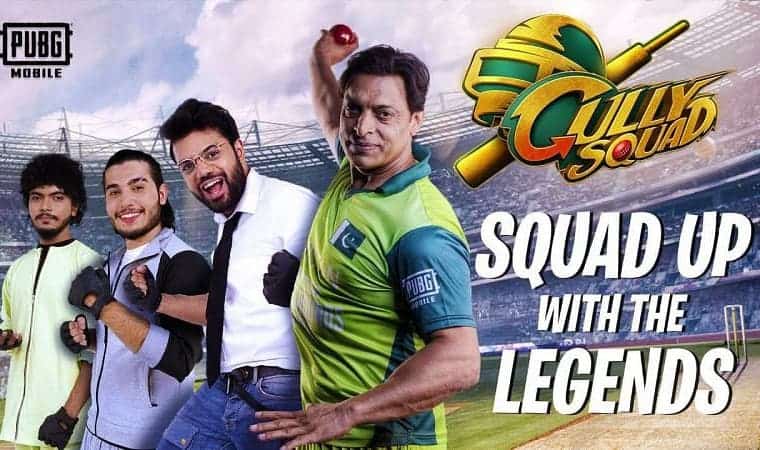 PUBG Mobile is popular for collaborations and fans are always excited about the next PUBG Mobile collab. Now, there is a good news for Pakistani PUBG Mobile players as a famous cricketer is coming to the game. He is no other than Shoaib Akhtar, one of the most popular cricketers of all time. The news of the collaboration went live on August 12 where PUBG Mobile officially announced the debut of Shoaib Akhtar as a playable character in the PUBG Mobile universe. Let’s check out all the details of this new collaboration below.

Well, why did PUBG Mobile thought of this collaboration? It’s obvious that PUBG is trying to mix up sports and e-sports. Shoaib Akhtar is also a YouTuber so it makes sense. On August 8, PUBG released a short teaser of the upcoming playable character. The teaser featured the famous Gully Squad – Ducky Bhai, Star Anonymous, and 47 Khalifa. For now, we only have some hints at how the playable character will look like. And to no surprise, the character resembles Shoaib Akhtar. The character has the iconic Shoaib Akhtar look with his long hair. He is also in his uniform wearing wicketkeeping gloves and batting pads. However, we still have no actual release date for the character. These collaborations make the game future-proof. Competition in the battle royale market has increased more than ever. Not only Apex Legends but many more battle royales are going to release this year. We will also see PUBG: New State; A similar battle royale but with a futuristic theme. it is going to release soon as they have moved to the second closed beta. Let’s see if the game will be able to survive in this saturated market.  Which battle royale is your favorite? Let us know in the comments section below.

Read also: GUNS UP! Mobile is now open for pre-registration