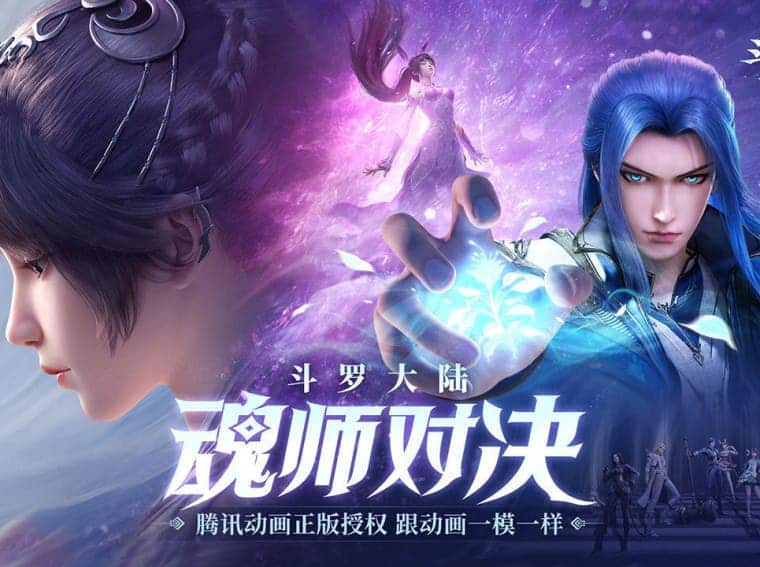 In the world of Chinese games available on the Tap Tap website, there is always an option that shows the full potential of smartphone graphics and gameplay. The game we are going to present today is another demonstration of the power of studios in that region and presents fascinating stories and characters. Developed by 37手游 (37 mobile games, free translation) and provided by Khorgas Zhifan Network Technology, Soul Land: Soul Master is a 3D RPG based on Sparkly Key Animation Studio’s Douluo Continent animation placed by developers as a true-to-work game original.

The game revolves around the original animation story, where players freely explore the continent of Doulou with real-time weather systems. In addition to exploration, the player also has the objective of hunting the beast of souls located in the Great Forest Star Duo, by killing them you can absorb the Spirit Ring.

Soul Land: Soul Master has already been officially released for both iOS on the App Store and Android on TapTap. At the Apple Store, 87,000 players rated the game, which had a final average of 4.5 stars. Meanwhile, on the TapTap website, Soul Land scored an 8.7 rating with 782 ratings.

On iOS devices, you’ll need a device with iOS 10.0 or higher. It’s also supported by macOS 11 or higher devices with an Apple M1 chip. Unfortunately, there is no information regarding the requirements on Android devices. The game is online and weighs around 4.11 GB. Unfortunately, the big limitation is that it’s only available in Simplified Chinese. We don’t know if it will ever leave China to global markets. Apparently, this is another jewel that will stay exclusive to TapTap.