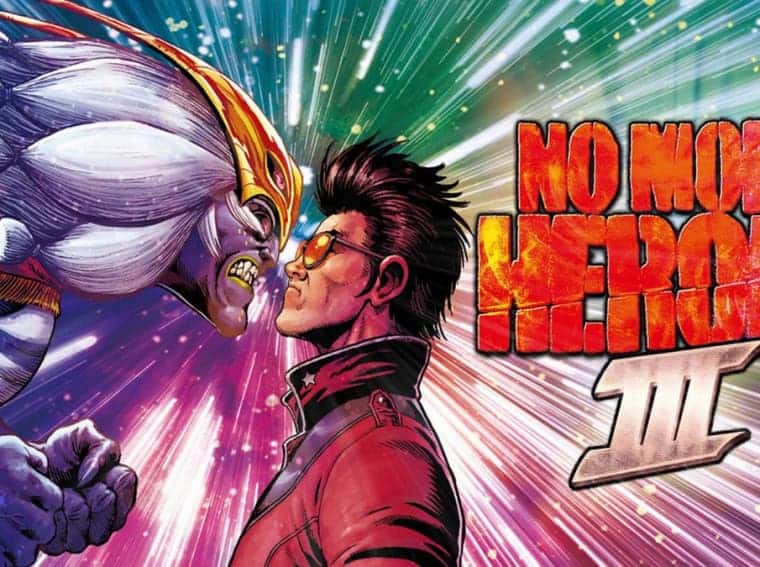 The director of No More Heroes 3 (Switch), SUDA51, published, this on Friday (27). This will be the day of the game’s launch, a message to his fans on social networks. In his text, the developer indicates that the third chapter of Travis Touchdown’s fights will be the last in the franchise. 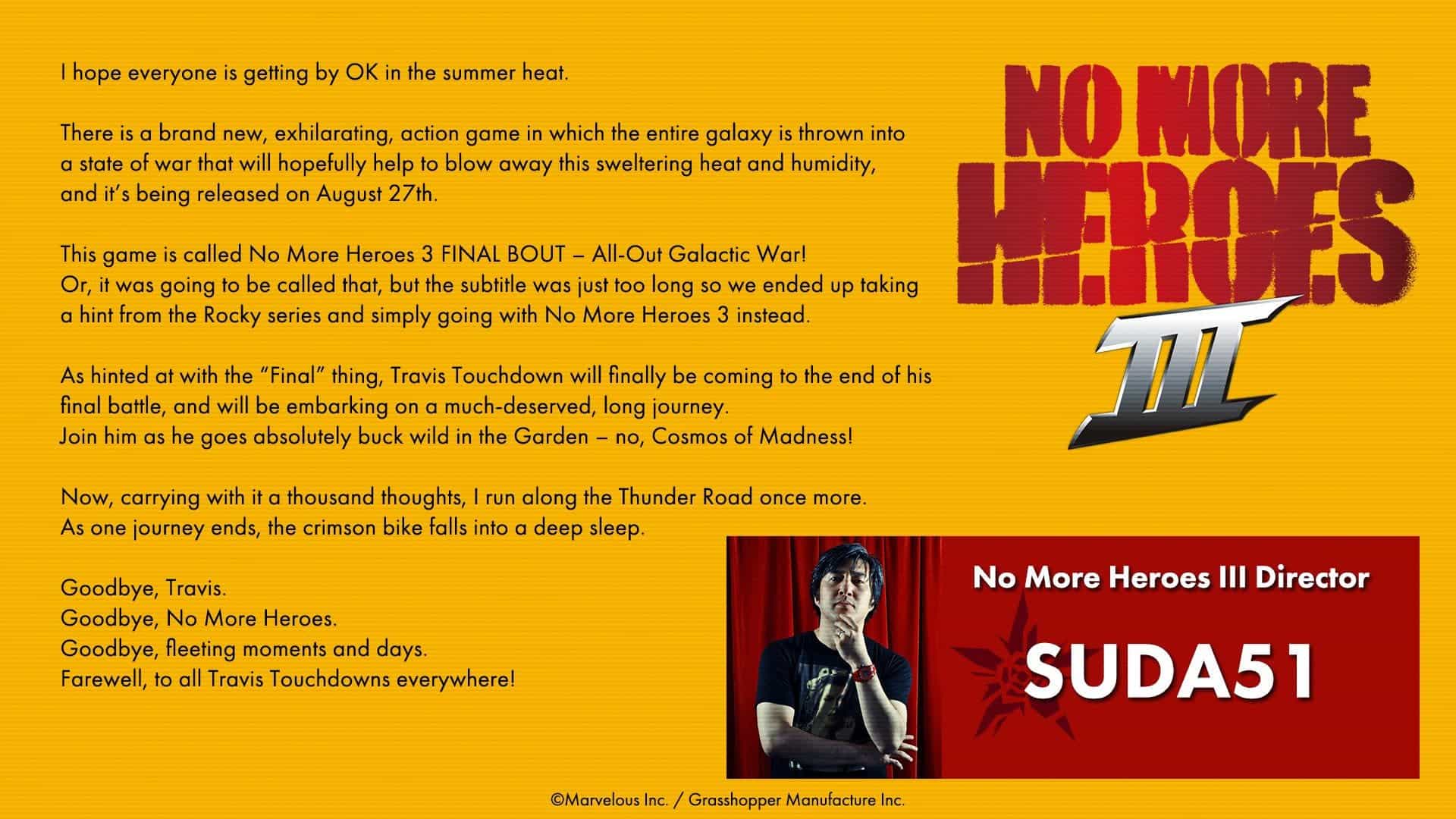 The SUDA51’s testimony certainly has a farewell vibe. It is not clear whether the series is definitively over or whether it will be able to return with a new narrative arc. He recently commented on his ideas for the future of the franchise but said that who owns the intellectual property rights and therefore decides on new games is the publisher Marvelous.

Below you can see the No More Heroes 3 overview from Nintendo eShop:

The evil prince FU and his band of alien assassins are eager to conquer the land. The only thing standing in their way is Travis Touchdown and his team. Armed with his trusty Beam Katana, new technology, and some killer fighting moves, Travis must fight his way to the top of the Galactic Superhero Rankings and stop the invasion.”