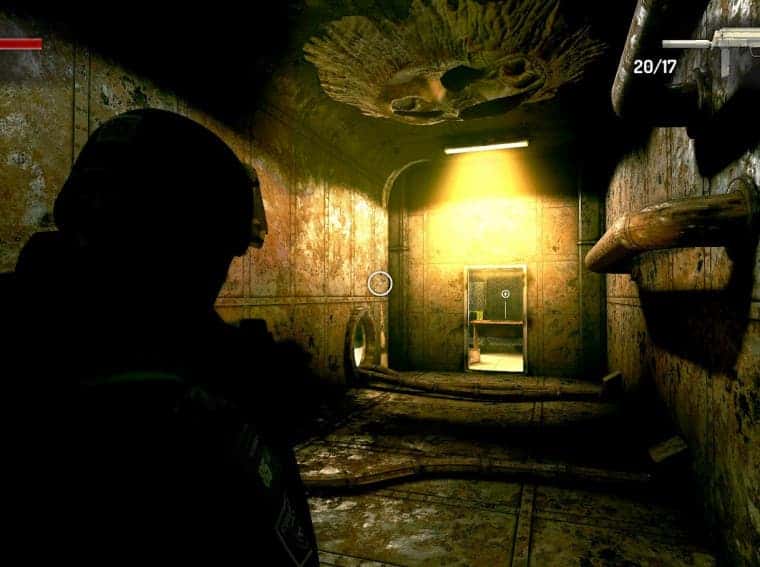 Developed by Venomized Art and published by Ray Spark, Wall Of Insanity is a thriller TPS (Third Person Shooter) that arrived this month for Android and iOS. The game is paid and offline. In Wall Of Insanity, we live in the skin of a group of police officers who were carrying out a special operation to detain a group of followers of a sect. The police break up and the Special Units group finds only an abandoned and mysterious house.

The game uses some survival features like caution, reaction speed, and good aim in firearms. Traps and many bizarre enemies await the player, making exploration, to find resources and new items, essential for survival. The action elements here have a strong inspiration on games such as DOOM and S.T.A.L.K.E.R.

Wall of Insanity also offers gamepad support. So if you don’t like playing with the on-screen buttons, you can use your ability with a gamepad in your favor. The game is currently available on App Store and Play Store. So far, it received a very good rating on Android of 5.6/5 for 105 ratings. On iOS, the game has a rating of 5/5, however, this is based on just 2 ratings.

To play the game on Android, players will need Android 5.0 and above and more than 1.1 GB of Internal Storage. On iOS, you’ll need iOS 12 or higher, or macOS 11 with Apple M1 and at least 1.5 GB of space.

The game is available for just $2.99 and is free of gacha elements or annoying ads. That’s a complete experience for those who want a TPS game in this sea of FPS titles.