After the great negative repercussion and even anger of some players with the rewards of the Genshin Impact anniversary events, miHoYo is sending new rewards to the players. That’s what a Reddit leak points out.

The new reward, according to a thread on Reddit, will be split into 4 parts. This has already started to appear in the in-game mail. As the leak suggests, each of the reward messages will bring 400 essential gems. That means players will get a total of 1600 gems (10 chances for new characters). Furthermore, the rewards also include glider skin.

Furthermore, this reward was a paid pack that would be sold in the store within the game. However, due to the great negative impact of the anniversary event, it began to be distributed for free. 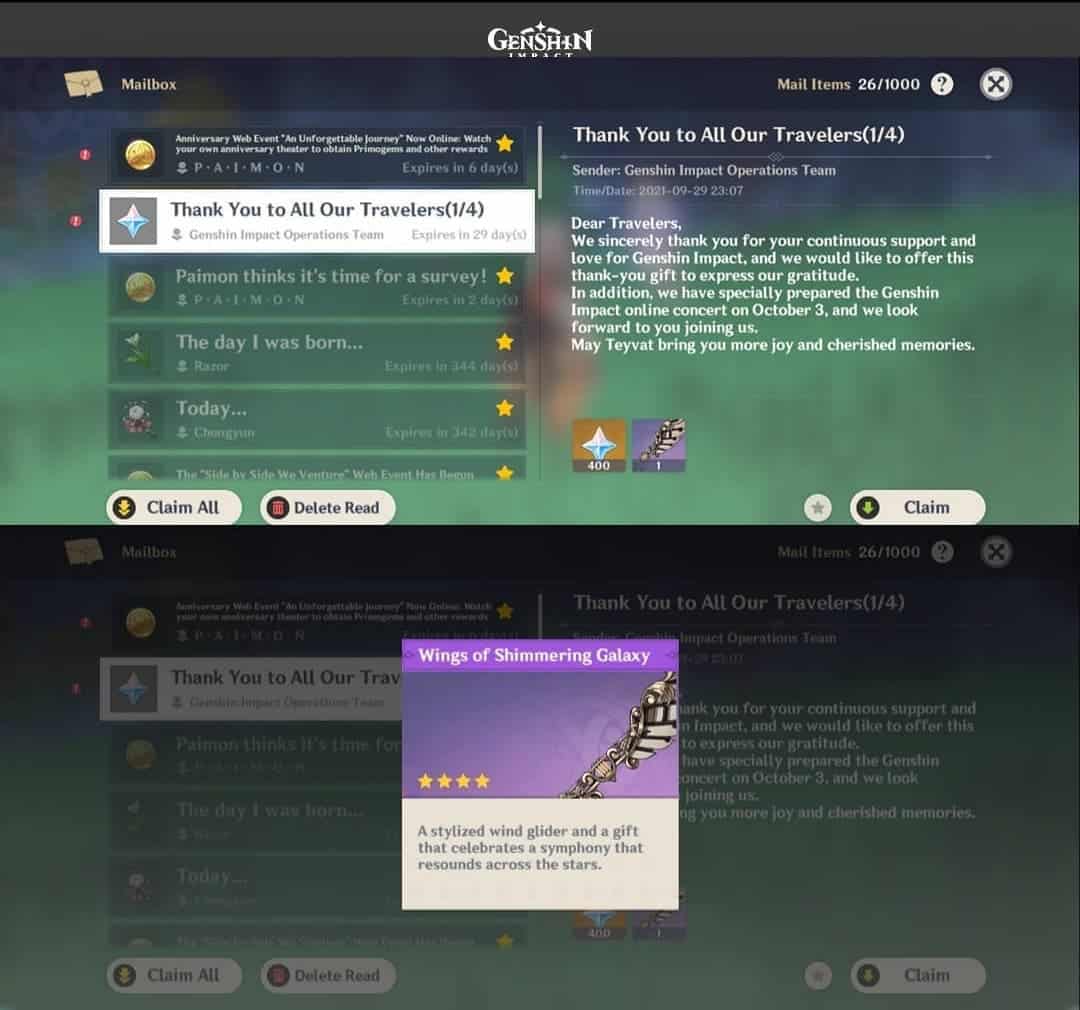 The first anniversary was supposed to be a huge year-long celebration event for this wonderful open-world online RPG. However, it turned into a huge mess for miHoYo.

What started as harmless turned out to be a big problem for the company after it was leaked that it was blocking negative reviews in app stores. Even left for Metacritic. In stores like Google Play, the game’s rating has reached 1.9 out of 5 stars.

Let’s see how Genshin Impact players will reach the new rewards. Will this be enough to hold the backlash?