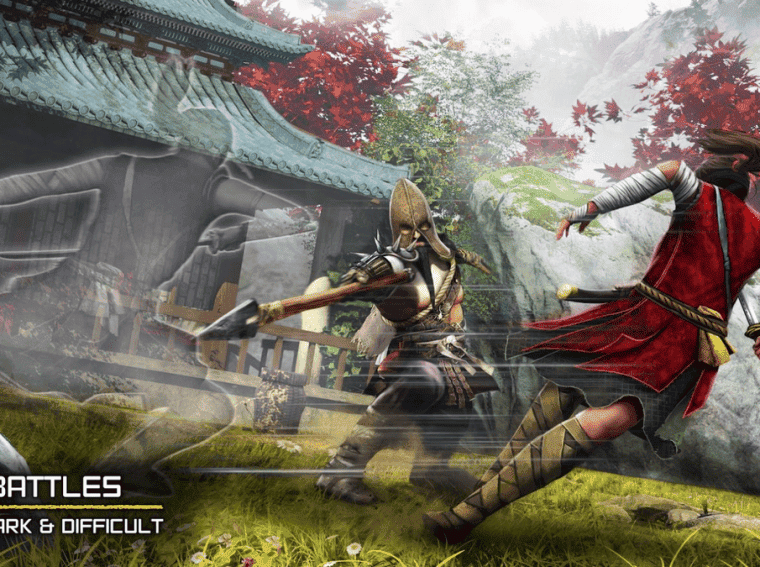 Horizon Games’ action game Ryuko – Legend of Shadow Hunter recently went into pre-registration on Android. The new title is set in medieval Japan and brings elements that remind us of classic 3D action games with Tenchu.

Ryuko’s story takes place in an ancient land called Kurome. It’s a beautiful and peaceful place where the shadow ninja lived. Once an evil spell was cast across Kurome, turning all humans into demons, including the shadow ninjas. They began to spread this spell, even more, causing innocent lives to be lost. Now a brave warrior called Shadow Hunter will try to end this curse and rescue her grandfather from Kurome. She will need to face and defeat the evil forces through her way.

The game mixes stealth elements with action and also open-world elements. However, the open-world elements come in a very limited way. So don’t expect a massive explorable world. The game gives you the option to use three distinct weapon types – Katana, Dual Katana, and Great Katana. The combat certainly is one of the highlights of the game. Combined with the exploration we have a very fun game. Players will be able to acquire several types of skills to face and defeat demons.

The game will be offline which probably suggests it will be a paid game. However, this is yet to be confirmed by the developer. The game’s launch date is yet to be revealed. However, it is possibly coming in the end of 2021. After all, the pre-registers are already available through Google Play and TapTap.