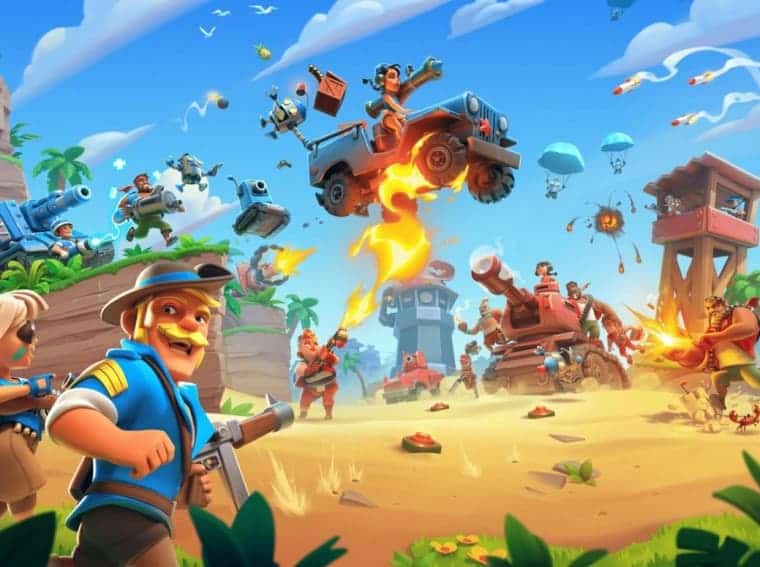 Boom Beach: Frontlines has been soft-launched in Canada

Produced by Space Ape in partnership with Supercell, Boom Beach: Frontlines entered Canada. It’s a soft launch for now, but it may be expanded to other regions soon. For those of you unfamiliar, soft launch is the term used when games are first released in certain regions of the world. This allows developers to test, do final adjustments, and subsequently launch in a larger region.

Boom Beach: Frontlines takes place in the same universe as Boom Beach. It is a top-down shooter with 9v9 battles, and which is geared towards strategy and teamwork. In the game, players can control armies and vehicles in battle, as well as expand their headquarters and arsenal to return to the archipelago.

The developers promise “regular updates, tons of units, constant map rotations, and gameplay that rewards teamwork.”. In the game description on the Tap Tap website, they inform you that new maps will appear every 4 hours.

It is possible to pre-register the game on its official website. However, it is necessary to fill in the form with your email and country to be notified of the release. They point out that the user can change his mind at any time and can cancel pre-registration.

Boom Beach: Frontlines will arrive free with in-app purchases, pre-registered on both iOS and Android. But for now, the game is only available on Canada’s App Store and Google Play. It is possible to test the game using VPN.