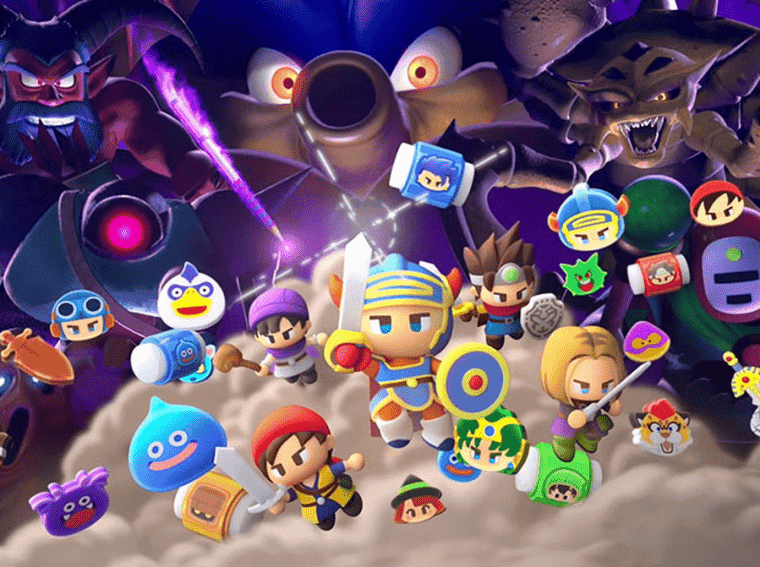 Dragon Quest has entered the mobile segment with the Dragon Quest Tact. We’re not counting the poorly-ported Dragon Quest VIII or any of the mobile versions of the original games. The tactical game with gacha elements has conquered users across the world and gave Square-Enix a green light for more original titles. After the Legend of Dai’s mobile game, Square-Enix is gearing up to introduce Dragon Quest Keshi Keshi a new puzzler game coming for Android and iOS.

The new game was announced in May this year, during the broadcast in celebration of the 35th anniversary of the franchise. The game development comes from NHN PlayArt and, of course, Square Enix will publish it. As aforementioned, the game is a puzzler that resembles games like King’s Candy Crush saga. In this title, the iconic characters, items, and monsters from the franchise will become rubber.

The player’s objective is to line up, horizontally or vertically, three rubbers from the heroes, to delete the evil forces that were drawn in the adventure’s registers. You can collect distinct characters from the franchise, and each one has unique skills, weak and strong points. According to Pocket Gamer, the new title will be launched on Android and iOS devices towards the Winter. However, it’s unclear if the launch will reach Japan first or if there will be a worldwide release this year.

For now, pre-registers are limited to Japan, indicating a limited launch.