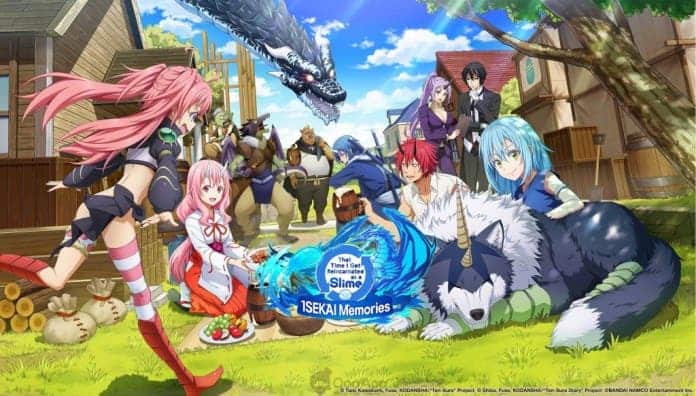 A new game dubbed Slime ISEKAI Memories has reached Android and iOS. For those unaware, the game is inspired by the famous anime series That Time I Got Reincarnated as a Slime

Slime ISEKAI Memories, inspired by the famous anime series That Time I Got Reincarnated as a Slime is available for download on both Android and iOS. Fans of the series have undoubtedly been looking forward to this one, so let’s hope it meets their expectations.

The game is a replica of the series in video game form. It features a 3D Action RPG gameplay and is published by Bandai NAMCO. For those unaware, it’s a Japanese video game developer famous for anime-adapted titles and iconic games like Pac Man, Tekken, Ace Combat, and Tales Of.

The game closely followed everything from the anime’s first season. From characters to voice actors, everything is the same as in the series. It was created under the supervision of the show’s original author. So you can expect a high level of fidelity. Moreover, the theme song, Phantom Lights, is a fruit from the original singer of the show, Takuma Terashima. For any anime fan, the game is a dream come true. Everyone wishes to experience the thrill and powerful combat as well as the hilarious moments of the anime. Slime ISEKAI Memories will give you this opportunity.