Last month we introduced you to Melvor Idle. In short, it is a game that was founded by an indie developer ended up in the hands of Jagex. Finally, Melvor Idle is now available for all. Recently, it was soft-launched, and now everyone can play it. For starters, Melvor Idle is an idle RPG and it is inspired by Runescape. The actual story is that the studio behind RuneScape, Jagex got interested in this project and took the responsibility to publish this game. If such a huge publisher got interested in this game, it must be interesting to see what it has to offer. 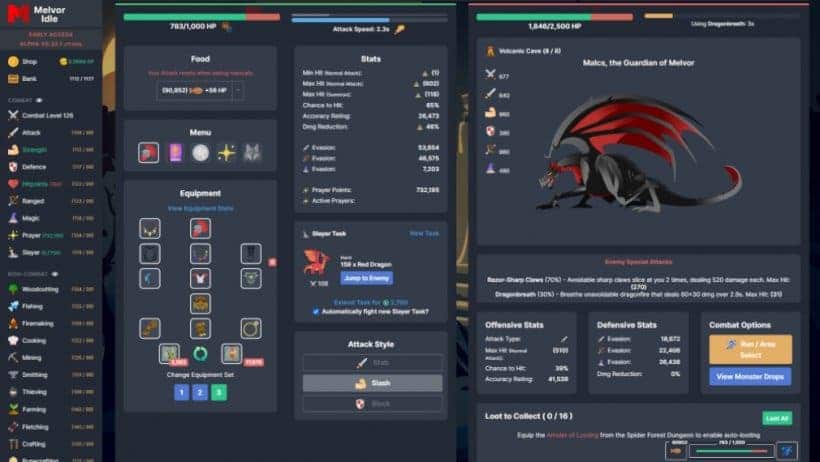 Melvor Idle offers an in-depth combat system. It has eight dedicated skills that the player can master. Apart from the primary skills, there are also 15 non-combat skills that the player will learn during the adventure. It should be an interesting journey for players as they will be exploring dungeons. To spice up the game, there are multiple bosses that the player has to defeat. Other notable features of the game include 40 cute pets, an interactive inventory system, and more. And oh, how can I forget about the cross-platform support? Players can easily switch between platforms thanks to this feature.

Brendan Malcolm, Games by Malcs founder shared his thoughts on the game release.

It’s been a long journey to get to this point, but I am very happy to be able to announce the full launch of Melvor Idle! V1.0 adds so much of the content that the community has been clamouring for and we look forward to seeing them enjoy the new Astrology skill and particularly the end-game boss”

So far, the game is looking great. If you are interested, then you can go over to Google Play Store or Apple App Store to enjoy Melvor Idle. It is also to be noted that the game is available for Steam, as well. It is a free-to-play title with in-app purchases.

Read also: Just Cause: Mobile soft-launched in these countries