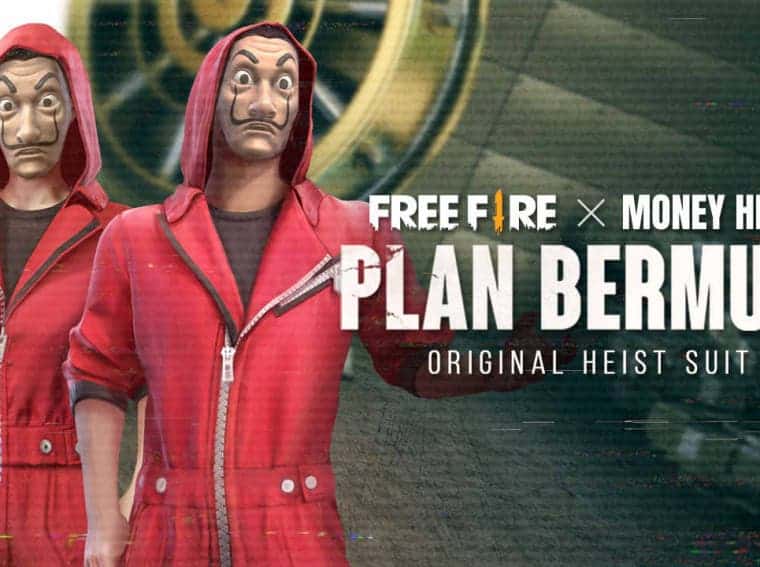 Free Fire does not leave any opportunity behind. We have seen collaborations with celebrities, anime, and web series in the past. And now, the battle royale game is all-set to pair up with Money Heist once again to celebrate the final season of the series. It is not the first time that Free Fire will be collaborating with Money Heist. We have seen a Money Heist-themed event in the past too. It surely attracted a lot of audiences. Money Heist is a trending show worldwide, and with its finale coming up, we all are excited. 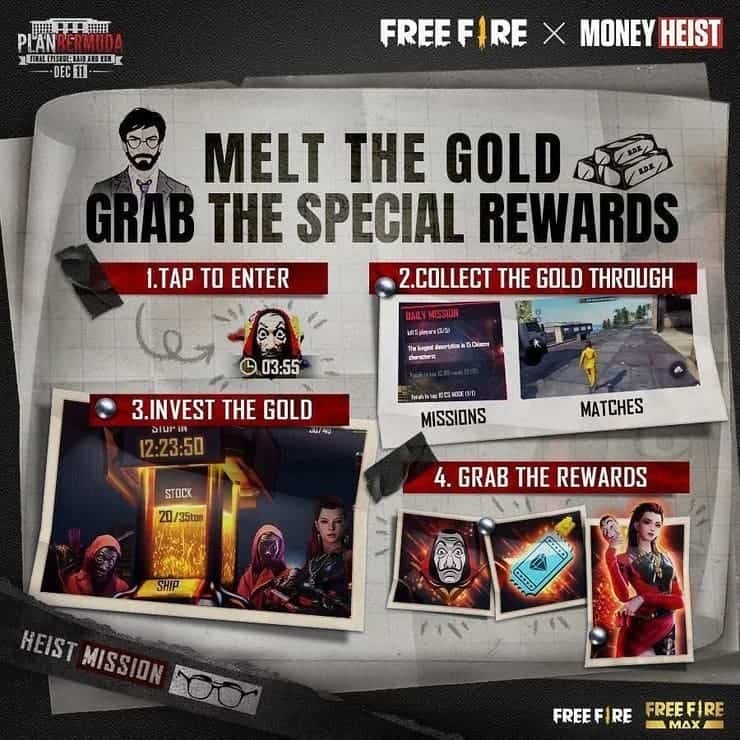 The finale of Money Heist will be released on 3rd December. On the same date, a new OB31 patch will be dropped for Free Fire. It will also bring the Money Heist Raid & Run event. This collaboration will bring a lot of new stuff for the players. There will be new missions, Money Heist-themed items, freebies, and much more. During the event, you will be able to find gold throughout the game. As you collect the gold, you can invest in it to get rewards. I loved the new  Plan Bermuda female bundle, it looks super hot. 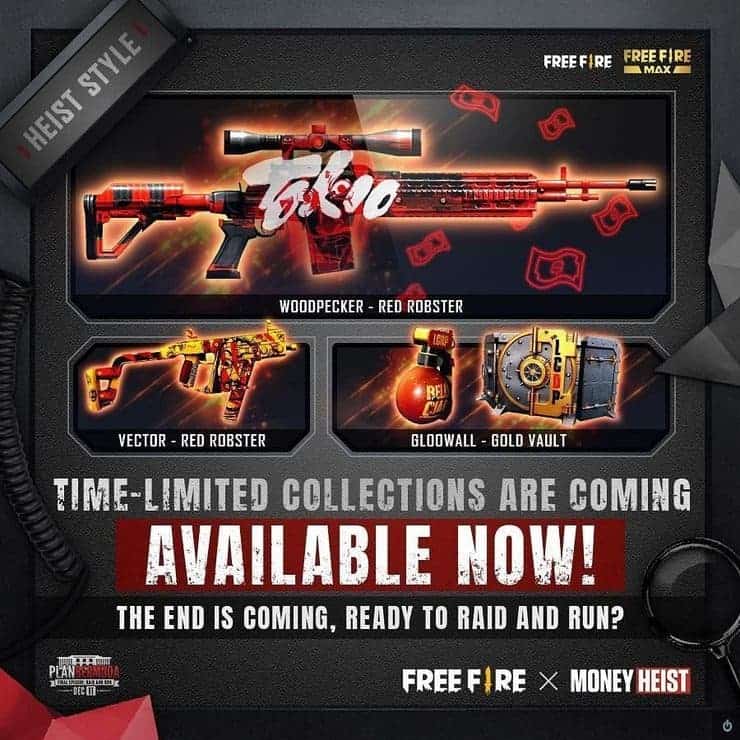 Apart from that, there are more themed items too. Woodpecker Red Robster is a new Money Heist-themed skin for Woodpecker. Similarly, there is a skin for Vector called Vector Red Robster. Finally, there is also a Gloo Wall Gold Vault. It turns the wall into a door vault and looks pretty sick. And that’s just the tip of the iceberg. Be ready to see Money Heist everywhere on Free Fire with themed lobbies, and interfaces. Let us know what do you think of these collaborations. Do you want to see more of them in the future?