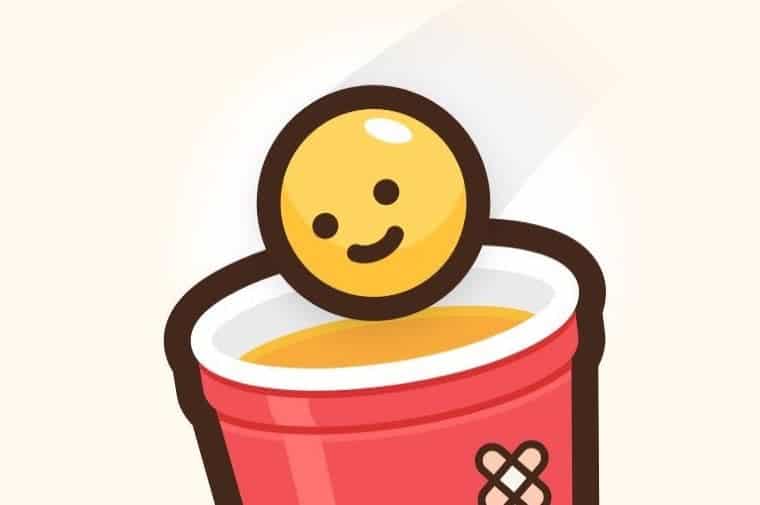 Are you looking to play a hilariously fun game? Well, you are at the right place. Let me introduce you to Frantic Fall, a love story between a cup and orb. Sounds funny? Well, not only it is funny and cute but also a great time pass. Of course, don’t take it lightly; the fate of the love story is in your hand. A cup and orb have been separated, and now it is your duty to help them be together. Similar to real-life relationships, this one also has hurdles. Only the difference is that in reality, we see “best-friends” as a hurdle but here in the game, there are some crazy obstacles.

Before we move forward, let’s talk about the developers. Frantic Fall is created by Vikas Powar together with his friends. They have created many games in the past, especially mastering puzzle games. A Thief’s Journey, SwipeTrix, Donut Delivery, and Balance Stuff are a few of their games. Frantic Fall takes the DNA from their games too. It is a physics-based puzzler but with a funny motive. It is also worth talking about the colorful graphics of the game. The cartoonish graphics give this game a great touch.

Now, let’s move to the difficulty of the game. Well, the game may not be as simple as it sounds. You only have to put the orb in the cup, right? There is much more than that. The level of difficulty increases as you progress in the game. The obstacles will become crazy at the high levels. Although, there is an advantage for you which is no time limit. I really liked this step as it allows you to play the game with a relaxed mindset. If you like the idea behind Frantic Fall, you will be able to play it soon for $1.99 on Apple App Store. There is no news of the Android launch for now.