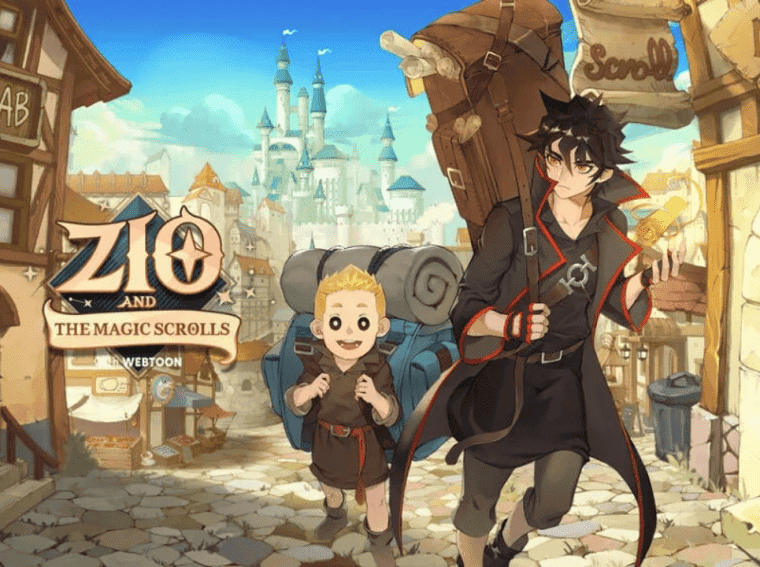 For lovers and fans of Mobile RPGs, a new title of the genre has recently arrived for mobile phones, both on Android and iOS. ZIO and the Magic Scrolls is a game called by the developers themselves as “RPG AFK”, being fully automated. Game is authored by the study Web Toon, a publisher known for releasing digital Manhwa.

In this adventure, we face a war between wizards and evil sorcerers in the lands of Aerok located in Naptel. Zio, on the side of the wizards, manages to seal the most powerful evil sorcerer in the 3rd War of the Wizards. Unfortunately, our hero loses almost all of his powers, leaving only the ability to create magic scrolls. Now we need to fight the evil sorcerer’s return.

Zio and the Magic Scrolls:

Developed by Super Planet, ZIO and the Magic Scrolls is a spin-off of a popular Korean webtoon, as well as Super String, which we already brought in a previous article on our website. Check out the gameplay of the new RPG:

In its gameplay, we players face battles with a team of five characters, we need to draw strategies, cast spells according to our mana, and acquire new scrolls around the world. Only three scrolls are allowed per battle, so you need to choose wisely before each fight.

As stated before, the game is fully automatic, with players being able to enjoy rewards even when they are not in the game.

On the narrative part, we’ll have a lot to discover about the JIO itself, in addition to exploring the world map in four chapters and 22 episodes. The game has many parts in the visual novel style, so for anyone interested in the style it might be a good experience, given the positive user reviews of the newly released game.

The game is currently available for Android and iOS devices.