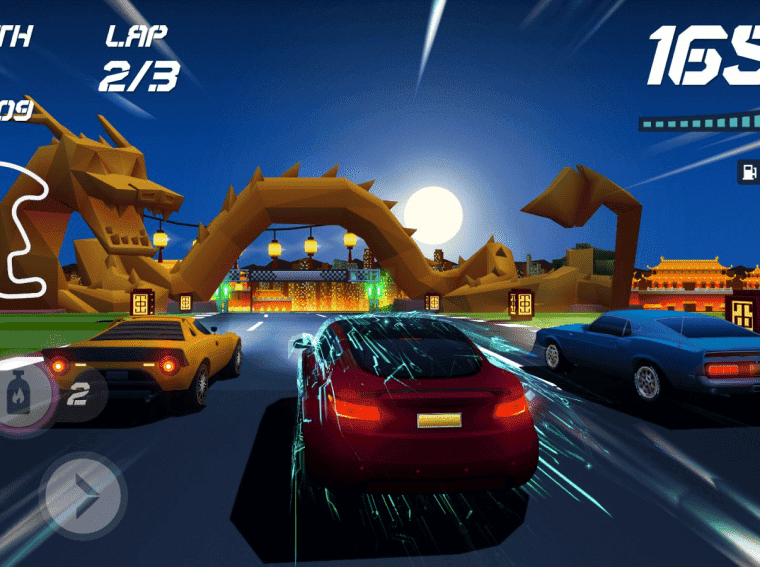 Horizon Chase, one of the best offline racing games for Android and iOS, has a new update. The update brought a new DLC called China Spirit, which included in the cars and new tracks.

The DLC is exclusive to the mobile version of Horizon Chase. Interestingly, it come a few months after the Console version received the content “Senna Forever”. For now, it’s unclear if the console ports will also receive this China Spirit DLC.

As has happened in other years, Aquiris launches an exclusive update on mobile to celebrate the Chinese New Year. The New Year in China starts on February 1st. This update comes with a new Lightning car (marks?) that looks like a Tesla. This car also boasts an electric motor in the game, which is a very interesting detail. The pack includes 4 unique liveries and 9 new tracks.

Originally released in 2015, Horizon Chase is updated to this day (24). The racing game is one of the main games of the genre and one of the best offline racing games for mobile phones.

Created as a tribute to classics like Top Gear (SNES), OutRun (Mega Drive), and Lotus Turbo Challenge (Amiga, the eternal “father of Top Gear”). Three super classics from the 90s.