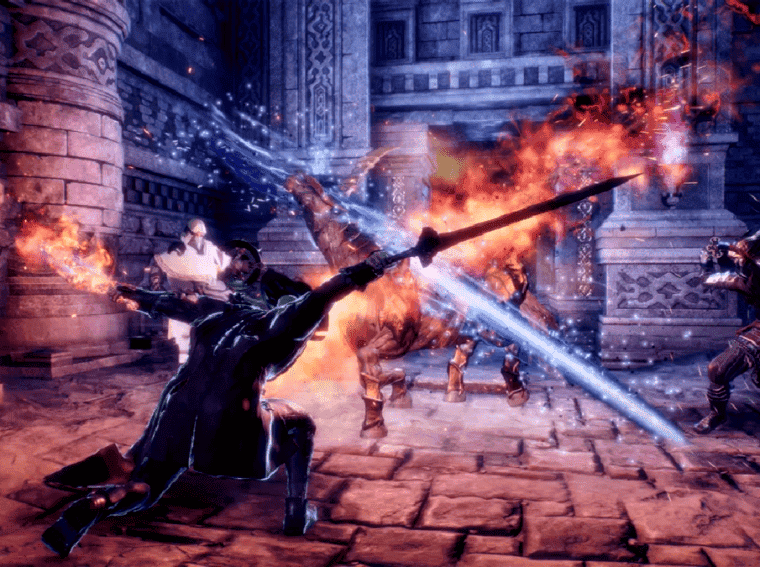 Stranger of Paradise: Square Enix will offer the DEMO for a longer time

Square Enix has announced it’s extending the availability of the Stranger of Paradise: Final Fantasy Origin demo. The demo was launched in March and was set to expire on April 19. Now, however,  the demonstration content can be downloaded from digital stores until May 31. This demo gives players access to the first hours of the game and they can use their saves on the final game if they decided to acquire the title.

The news revealed through the RPG’s official Twitter profile, confirms that all platforms will get the extension. Thus, those interested will be able to play the first three phases of the main story with full support for the multiplayer system, including cross-play between generations, but not between platforms.

Yet to experience Jack's journey in Stranger of Paradise @FinalFantasy Origin?

Good news is at hand, future warrior: we've extended the demo to the end of May. Try it out on @PlayStation 5 & 4, @Xbox Series X|S and Xbox One, and carry your progress into the full game. pic.twitter.com/k1ABPS2qOm

Stranger of Paradise: Final Fantasy Origin is available for the PS4, Xbox One, Xbox Series S / X, PS5, and PC for the last month. The game serves as a prequel to the original Final Fantasy that changed Square-Enix’s story on the NES. In the plot, you control Jack Garland and his teammates against the forces of Chaos. The game plays homage to several classic Final Fantasy games. From the stages to the bosses, there are many references to old games in Square-Enix’s long-standing franchise. Despite this, the game received huge criticism due to the poor quality of graphics and bad performance on next-gen consoles.

Honestly, we don’t think that the game is selling so well. That explains why Square-Enix is extending the demo. Therefore, this extension seems like a desperate way to attract more customers.