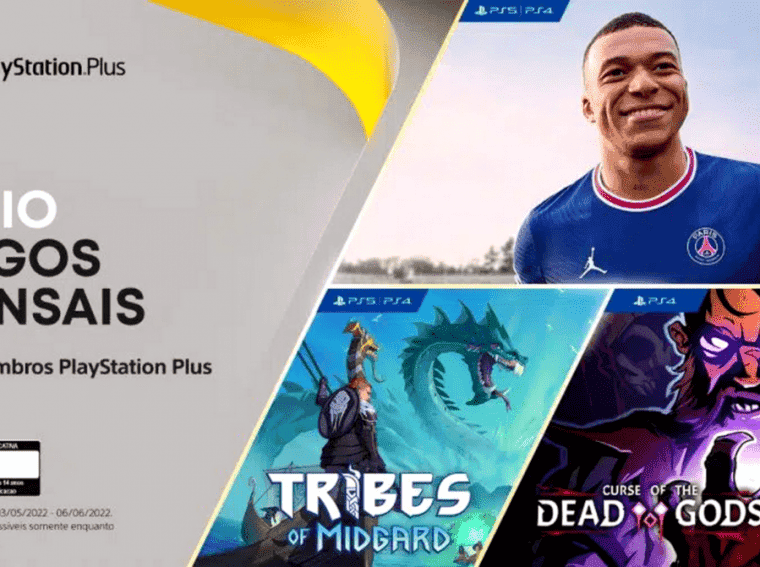 Sony reveals free PS Plus Games of May 2022

Sony released this Wednesday (27), the PS Plus games for May 2022. The line-up is not surprising, because again, the Dealabs website got the names right in advance — as it has been doing since September 2021 ( with the exception of February of that year).

Check out which games will be distributed to service subscribers:

The new PS Plus titles will be available for download from the PS Store starting May 3 in the afternoon. If you still haven’t redeemed the April games – remember the line-up through this link – this is a good time to do so, as time is running out.

With FIFA 22’s new gameplay features, you get more consistency between the posts with a goalie and goalkeeper recreation that gives more composure to the most important position on the pitch, plus new ball physics details, explosive spikes that best suit the acceleration of soccer athletes with more speed, in addition to the new attack tactics that let you control how your team plays.

In Career Mode, live your football dreams as you create and manage the newest club to glory. VOLTA FOOTBALL rewards your talent with redesigned on-court gameplay and new ways to play and progress each season. Bring the crowd together in Pro Clubs with improved team customization and updated progression that puts you in control of Virtual Crack development, and welcome back some of football’s most memorable players with new FUT Heroes in FIFA Ultimate Team.

Tribes of Midgard is a co-op game that uniquely blends action, survival, and roguelite elements. Players must defend their village from a horde of invaders — deadly spirits and merciless giants — who all night threaten to destroy the Seed of Yggdrasil, the sacred tree. Gather your tribe and protect the Seed to stop the end of the world, Ragnarok!

Curse of the Dead Gods

Your greed will be your end, but even then you will not be able to escape. Get up and fight again. Dive deeper and challenge the evil deities here. Battle hordes of enemies in dark cavernous tunnels filled with traps and secrets – fire-spouting statues, explosives, hidden spikes, and much worse.

Collect Mystical Relics and an arsenal of weapons to become unstoppable. Corruption consumes you at every step. Embrace it or ignore it, but any curse is a double-edged stick.