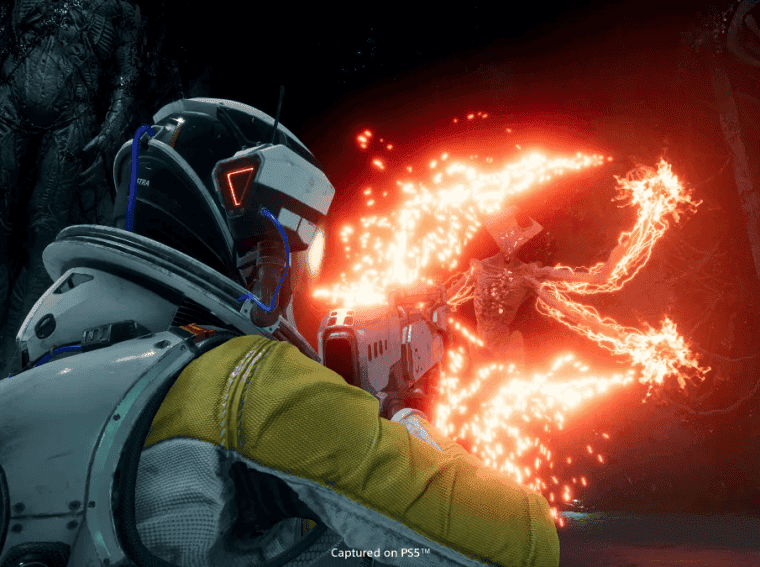 Returnal has completed a successful cycle! Puns aside, the game is celebrating one year of its PS5 debut this Saturday (30th). Astronaut Selene’s adventure on the mysterious planet called Atropos was considered a “Mega Hit” by Sony and gained a lot of repercussions for the challenging gameplay.

After one year and many attempts at breaking the cycle, we are so happy to celebrate the anniversary of Returnal's launch on the #PS5

Thank you to our many fans for your love and support! 🚀❤️

Share your favorite #Returnal experience with us in the comments below. pic.twitter.com/uoeJb3wA2I

Sony obviously did not let the occasion pass unnoticed and released a video with Jane Perry, the actress responsible for giving life to the protagonist, where she spoke about her experience of being in the shoes of the explorer. According to her, the traumas of the past and the journey through the biomes show how strong and persevering the character is. Check out:

To recall, Housemarque announced the game as a third-party studio working for Sony PlayStation. However, shortly after the game’s launch, Sony announced the acquisition of Housemarque. We’re pretty sure that negotiations have been going under the wraps for a long time before the game’s release. However, the acquisition gave us the feeling that Sony waited until the release to confirm the deal.

Recently, Returnal acquired the GOTY 2021 prize at BAFTA Game Awards. Housemarque expects the game to be even more successful, now that it will be part of Sony’s new PlayStation Plus service.