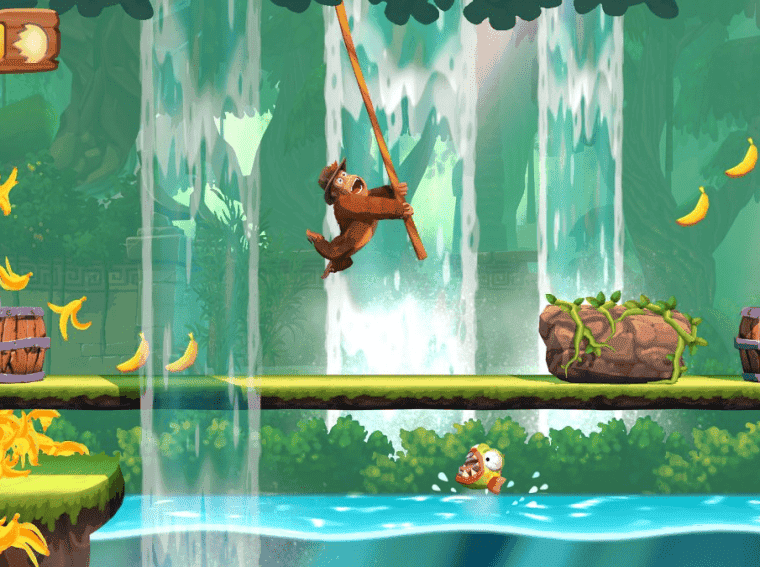 The adorable Banana Kong will get a sequel (another), just called Banana Kong 2. The new game for Android and iOS focuses on casual play and arrives on July 14th. Banana Kong 2 is already in pre-registration on Google Play and App Store.

It is the second game in the franchise in 3D and with gameplay closer to the first game. The new game is an endless runner in which this gorilla must escape an avalanche of bananas. The game has several different mechanics that go beyond simple running and jumping.

Banana Kong 2 doesn’t seem to have any major innovations in its gameplay, only in the look and new mechanics to escape the mountain of bananas that are falling. A very casual and simple game. The game seems to have also surrendered to similarities with Donkey Kong Country: Tropical Freeze. Several of the new mechanics look like they were inspired by the classic Nintendo game.

With the recent rise of casual games like Subway Surfers, which has returned to the top of Google Play, with no release date, it really seems like a good time for a new game. The new game arrives July 14th on Google Play and App Store. The launch of the game will be simultaneous and it will be free to download and play.