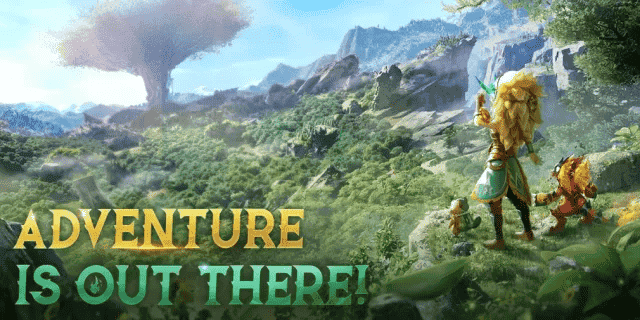 It’s time for MMORPG lovers to rejoice as a new game is arriving soon. Dragon Trail: Hunter World has reached the pre-registration stage. Previously, the developer released multiple trailers and gameplay details. Now that the release is around the corner, the pre-registration for this role-playing game is now open. The game sees you as a young boy in search of his lost father. In search of his father, the boy discovers the beautiful Star Island. A variety of monsters will accompany you during your journey. Let’s check out everything we know about the game below.

If we talk about the storyline, it is pretty similar to, Monster Hunter Stories. This game also featured a young boy who was searching for his lost father. However, Dragon Trail: Hunter World differentiates by using a more advanced combat system. It provides a real-time action experience; be ready to dodge and tap fast for using different abilities. Meanwhile, the highlight of the game is the beautiful world of Star Island. You will find a variety of monsters on the island. You will be capturing your favorite monsters, training them, and eventually evolving them. Dragon Trail: Hunter World also lets you choose your own play style by giving you the option of multiple classes including warrior, priest, ranger, and assassin.

With a variety of different monsters and a mystery to be uncovered, you are likely to stick around this game for a long time. Moreover, you can play with your friends or random players for a spicy experience. That being said, the game can now be pre-registered on Google Playstore and Apple App Store. Let us know your opinions on the game in the comments below and make sure to stick around for more updates.

Read Also  Pokémon Scarlet and Violet: Everything we know about the Paldea region