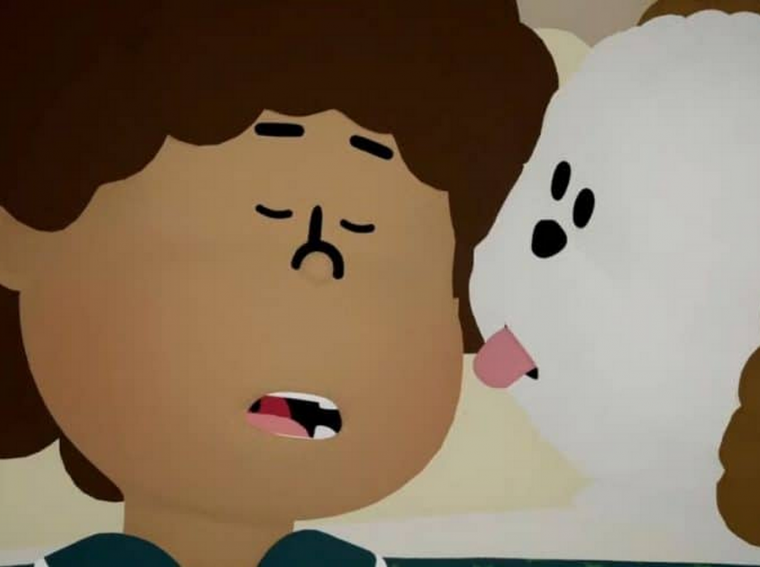 During the Annapurna Interactive showcase held last Thursday (28), Katamari series creator Keita Takahashi confirmed that he is working on a new project. The novelty was accompanied by a short teaser, where it is possible to observe a title still unnamed and its first official images.

Developed by Uvula studio, the game will apparently have a boy and a dog as characters. In just over 30 seconds, the clip shows the pet licking its supposed owner’s face, in a 2D aesthetic similar to Takahashi’s previous games.

Before working at Uvula, the creator of Katamari produced Wattam, a friendship-based game where players must explore countless activities in a world of relationships. Now, just over two years after its release, the dev is ready to introduce a first-of-its-kind work to the community and should provide more details soon.

Originally published by Bandai Namco, Katamari is a popular and eccentric video game franchise starring the character called “The Prince”. The series has more than a dozen games available on consoles such as PS2, PS3, PS Vita, and PSP, in addition to having entries adapted for mobile devices.

Its gameplay mechanics are simple and require a magic sticky ball to roll across all sorts of elements on the map; the higher it is, the more objects it is able to collect. Over time, the round body transforms into a planet, constellation, or just stars, ending a story about rebuilding and respecting a father’s legacy.