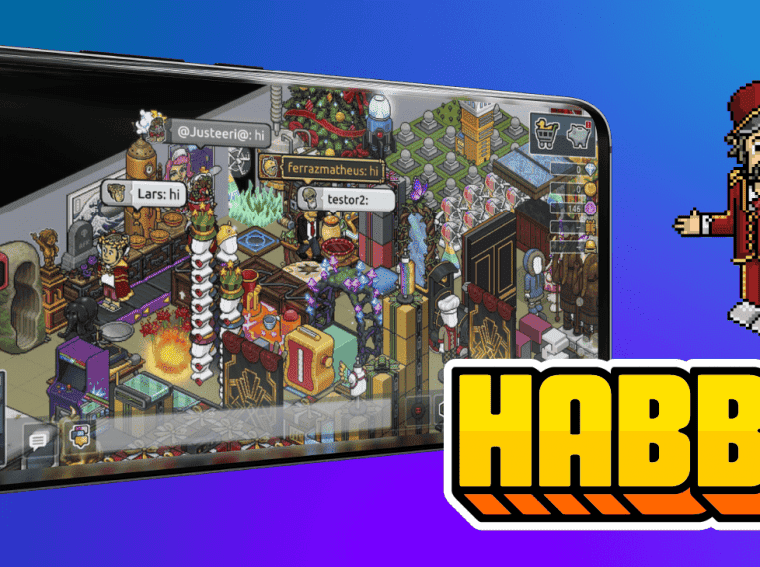 If you were ever fond of the virtual world idea, you must have come across Habbo. The game was launched back in 2000 aiming in developing an online community for teenagers. Even after more than two decades, the game is alive and kicking. Now, Azerion has brought the game to mobile. It allows you to play the full version of Habbo with the comfort of your smartphone. More importantly, the game has given special importance to cross-play compatibility meaning you can easily interact with players in the original version.

For a long time, Habbo was stuck in the beta stage since the developers wanted to polish the game enough for it to be released to everyone. Once the developers got positive feedback from the beta testers, the game finally launched. Users who pre-registered will be getting a free gold edition of the 2015 Alien Hat.

Habbo’s new mobile version is based on Unity

It is worth noting that this is not the first time Habbo has been ported to mobile. The first mobile version experienced a lot of backlash for crashing issues. Hence, the developers have launched a revamped version. It is also interesting to see the developers using the word “meta-verse” in their slogan hinting at potential Web3 content being integrated.

Use of the Unity client, with its cross-play functionality, continues to grow the Habbo audience, creating a greater social community experience. Our goal is to maintain an inclusive and safe environment for people of all ages to connect and socialize, with this Android app being yet another step in the right direction.”

That being said, the users interested in playing Habbo on their smartphones can download the game on Google Playstore. It is a free-to-play game with in-app purchases.