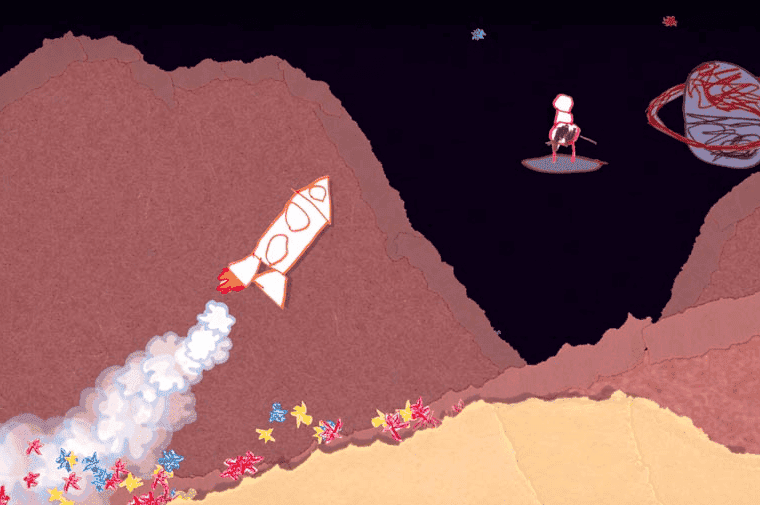 Loose Nozzles was first expected to be released in August. However, it was delayed, and finally, now the game is available for Android and iOS platforms. In short, this game is a flight and rescue title. With its classic arcade mechanics, the game will attract those who are looking for a decent time pass. As a bonus, the hand-drawn artwork of the game looks great, especially for this genre. So let’s check out Foster and Family Games’ new title in detail below.

The game sees you rescuing humans trapped in space. With the physics-based functions, you will control a rocket. It is kind of Flappy Birds style but with a space theme and modern features. You will avoid dangers and ultimately get the humans back to safety. The hand-drawn art style and vocalized sound effects will keep you engaged during the missions.

Loose Nozzles is developed by a father-son duo

There is also a story about how the game was made. A veteran designer and programmer Chris Foster together with his five-year-old son created this game. Chris Foster is known for his work on games including the Beatles Rock Band, Green Day: Rock Band, and The Lord of the Rings Online.

This game took eight years to complete. According to Chris, this game didn’t feel like work to him but rather a fun project with his son. At first, Chris decided to work solo on this game but later early Unity experiments inspired his son and they eventually started working on it together.

If you are excited to play the father-son duo’s creation, you can download the game now on Google Playstore and Apple Appstore. Loose Nozzles is a free-to-play title with a one-time purchase to unlock all the features. That being said, make sure to stick around for more console and mobile gaming updates.

Read also: Krafton adaptation of “The Bird That Drinks Tears” will surprise you